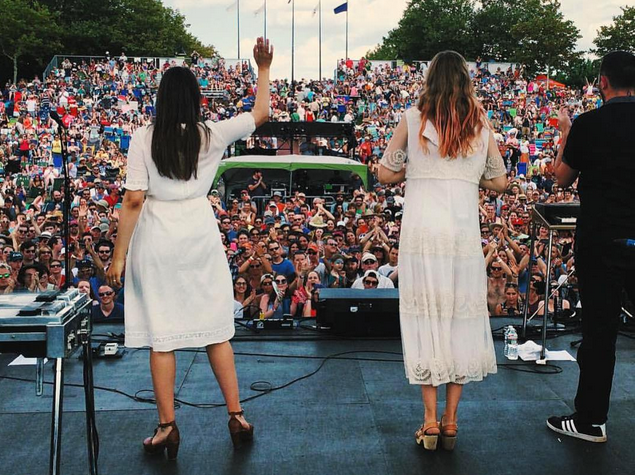 It’s hard to believe, but XPNFest 2015 was already a week ago. It was a colossally big year for our little hangout of music lovers over in Wiggins Park. The lineup was amazing, from Milton to Dawes, Hop Along to St. Vincent and My Morning Jacket, Courtney Barnett and the Indigo Girls…arguably, it was the best the lineup has ever been. This was also the most well-attended XPoNential Music Festival to date, and thanks to a live stream from VuHaus, the performances reached more people than ever before. And it was one of our most talked-about happenings on social media – the #XPNFest hashtag was poppin’ all weekend on both Twitter and Instagram. At last count, there were some 7,958 Instagrams under the #xpnfest hashtag – making it possibly our most documented festival ever.

So in that spirit – and since, heck, we’re a week out from the festival and we miss it! – we decided to dig through the catacombs of the ‘gram to bring you some of our favorite Instagram posts from the weekend. There’s some great stuff in the mix – performances and crowd scenes; peeks backstage and artist meet-and-greets; fans traveling to the festival, and fans chillaxing at the fest; a majestic shot First Aid Kit took from the River Stage during their set, and a mysterious shot of a hippo in the Adventure Aquarium by Jim James of MMJ. Comb through our favorites below, and let us know your favorites. We can’t wait for XPNFest 2016 — it’s only a year away, right?!