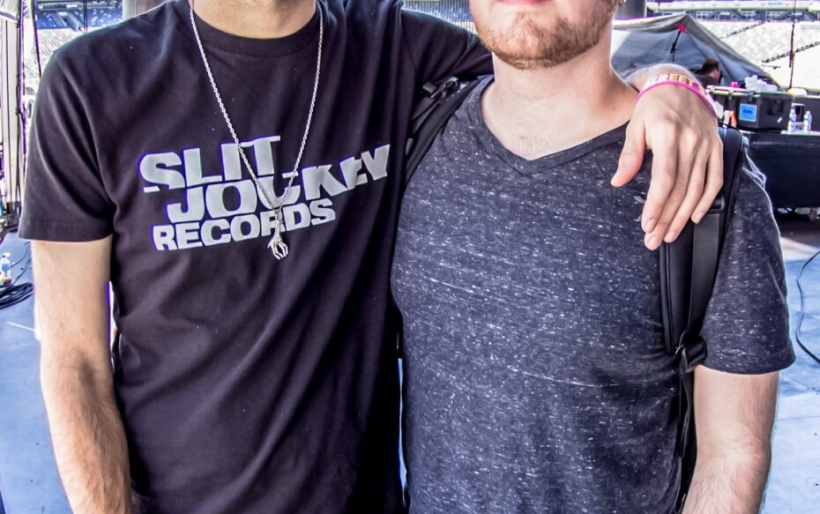 Founders of Slit Jockey Records chat about grime, Silk City and the creation of their label

Dev79 and Starkey are two thirds of a group that masterminded their way to form Slit Jockey Records, one of the first and only record labels that cater to the rap/garage/dancehall subgenre known as grime.  In the midst of managing a label and putting out a 38-track compilation celebrating the already 10 years of their existence, the group is gearing up for their Philly Silk City performance this Sunday, August 2nd.  Looking to learn more about these Philly guys behind some pretty sick mixes, I was fortunate enough to get some of my questions answered by Dev79 and Starkey themselves.

On how Slit Jockey Records started:

Dev79: “It was a pretty organic process. Starkey and I were throwing some shows together in Philly and I had know El Carnicero (our 3rd partner, who lives in Indianapolis) via the interwebs for a while. We were some of the only people in the U.S. that knew of grime at the time, no less had a passion for it. So the idea to champion grime with a label came naturally.”

Starkey: “Exactly… we  just decided we’d start our own label to put out the music we were making and enjoying at the time.  We pressed our first release on 7″ and distro’d it ourselves.  Was fun and a ton of work.”

On explaining the grime genre:

Starkey: “Grime came out of UK garage… around the same time that dubstep was starting to become its own thing.”

Dev79: “Oh geez thats kinda hard. Grime splinters off into a few different segments. Theres the more instrumental scene and the more vocal oriented. If you took garage, rap and dancehall and put em  in a blender set to 140-ish bpm you’d get some grime.”

On upcoming tour with Spooky:

Dev79: “This is only Spooky’s 2nd time playing in America so its def a rare treat to have the OG badman joining us! The tour is him alongside the three label owners plus locals in each city. Expect to hear a mix of unreleased exclusives, current tracks and classics all being mixed for your skanking pleasures.”

Starkey:  “I’m planning to play lots of old grime tracks that I would play back in the early days of the label, so that will be fun.  But yeah, if you didn’t really know what grime was …you’d know by the end of the night.  We’ll be sprinkling in some other stuff though as well… which is what we always do.”

On the process of creating the compilation and a retrospective of Slit Jockey Record’s catalog of music:

Starkey:  “We made a google doc.  Haha.  It wasn’t just about picking our favorite tracks, but really getting a nice representation of the different artists and producers we’ve put out with the label.  It’s an epic listen… over two hours.”

Dev79: “It was tough as shit ha! We’ve released so much great music by so many talented artists. We wanted to make sure that more or less every release was represented with at least one song and make sure that key tracks that really signify the label vibe were on there.”

On what we can expect next:

Dev79: “We have a lot of dope releases on deck for Slit Jockey, next up is the debut album from Mattwizard called Phone Home in August, its wild grime funk hybrid stuff. Plenty more coming this fall, I also have a new Dev79 EP coming in the fall, that I’m hype about.”

Starkey:  “We’ve also signed this producer from Milan named Etevleh.  He makes this really crazy music that is equally raw and polished.  It’s really hard to explain… but it’s some of the coolest stuff I’ve heard this year.  That will be dropping in September with a video showing up before then.  Be on the lookout.”

For information on the August 2nd Silk City show click here, while the 10 Years of Grime can be found on Itunes here.