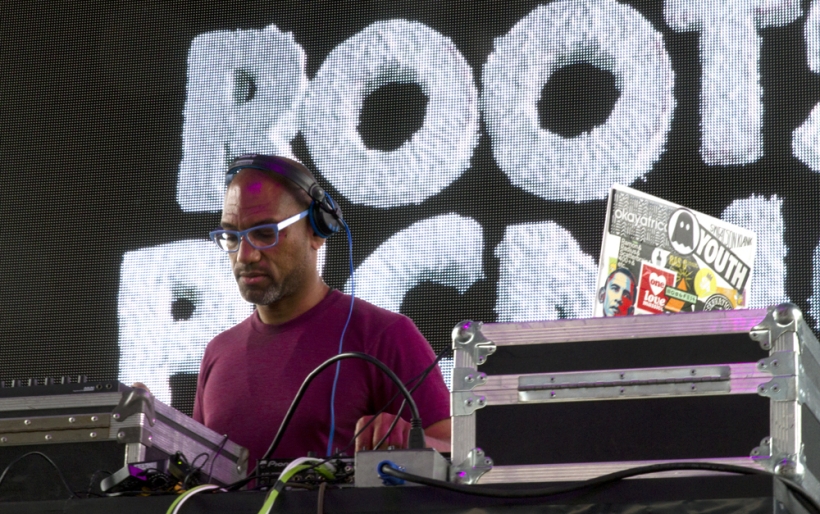 With the one year anniversary of Mike Brown’s killing by a Ferguson police officer approaching this Sunday, Philadelphia DJ and electronic artist King Britt took to his Ableton rig last night to record a haunting response song.

The song is called “Trigger,” it’s 13 minutes long, and given the unrest that’s fueling it, you might expect something more explosive and aggressive. But no – that would be too easy. King channels a complex web of emotions into a tense, nervy soundscape that simmers and builds, becomes more intense as new sounds enter the fold (a pained wail at the 8-minute mark), but never quite hits a climax.

Perhaps that’s a reflection of the state of social affairs – maybe King is saying that we need to stop and consider how we look at our world and how we look at our fellow citizens before the situation gets more dire. As he says on Soundcloud. “This is a warning.”

Production details, for the curious:

– Ableton Terms triggering softsynths as the foundation for the piece