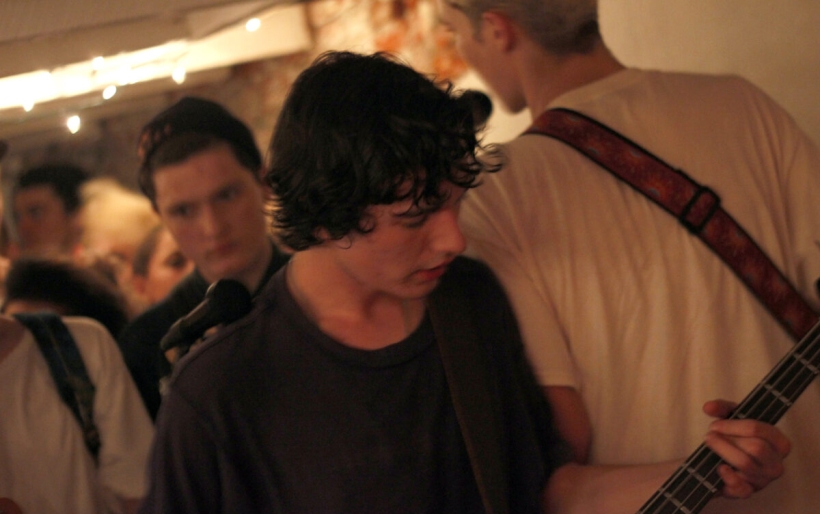 The Philly basement show scene has become a beacon that attracts teens and young adults from all around Philly to make amazing art and music for their peers. Last night a huge mass of youth descended on Hot Dog House, a small house venue to see 3 touring bands, as well as the penultimate show of young Philly favorites Joy Again (formerly known as Forever Lesbians, and can be called so interchangeably).

Made up of teens from mostly northern Philly suburbs, this band has started to pull larger and larger crowds of Philly kids who can’t get enough.  They’re known for the relatable songwriting of guitar players Arthur Shea and Sachi Diserafino, and an amazing distorted sound sounds like the best of Ariel Pink.  Everybody was abuzz to see Joy again play, but noticeably saddened to see one of the best up and coming Philly bands break up. The place was packed wall to wall for every act, and all the groups played long sets to the noticeably excited young crowd of mostly teens.

Other than Joy Again, there were also a few other acts of note that played the Hot Dog House last night. To start the night off were local band The Basement Boys (a subsidiary of Frontyards), a group that started by playing a punk announcement of their names, proclaiming the fact that the were not The Frontyards, and that they were not any of the other bands playing that night, with wry smiles and all. Their set consisted of blazing guitar riffs, great pounding drums, and even a full-hearted Nirvana cover. Another highlight of the night were CT natives Furnsss who played a fantastic set that enthused the crowd, and got the whole basement moving. Playing self-described fuzz pop, the four piece delivered a very tight set filled with beautiful plucky guitar riffs, and vocals that sound straight out of the early 90’s. Their new release New Moves is definitely a release to check out.

Joy Again was still by far the highlight of the night. Joy Again started making music together last year and released that their first tape Sherry on Third Floor Tapes, a tiny tape label that has produced tapes for other great local bands like Blue Smiley, Krispy Kareem, Frontyards etc. Since then, Joy Again have played shows all across Philly and the east coast, tightening their sound and making powerful sincere music.

Last night, as soon as they started to bust out into the track How You Feel, the lead track off of Sherry, the crowd was enchanted by their tight sound, swaying and hanging on every word that came out of Arthur’s mouth. The song features almost a call and response in lyrics with a beautiful lo-fi guitar riff over very sweet fuzzy drums, that keep the rhythm but are unobtrusive. Known for his sincerity and frankness in his songwriting, singer Arthur Shea started the second to last show by proclaiming:

Approaching the mic for the second to last show this seemed like a great way to start the end of Joy Again. Other than the songs Arthur and much of the band was noticeably quiet on stage, letting their songs do the talking, and playing with a feeling of nonchalance apropos for teenage boys.

Although many of their tracks are very sweet and danceable, the final exclamation point on the night was with their song Winter Snake, a song that builds on itself until Arthur is screaming into the mic. When they ended they had nothing left to say to the crowd and simply packed up and left. The show last night turned me into a believer of Joy Again. They have a sound that is incredible, and the lyrics to back it up.  If you are into the idea of catching a band with a unique sound, and supporting local Philly music, the show tonight at Everybody Hits is a must see. 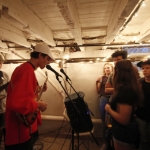 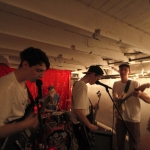 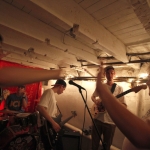 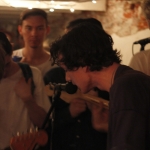 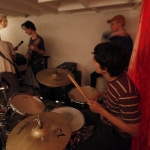 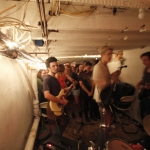 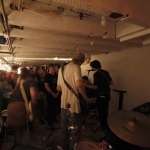 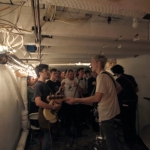 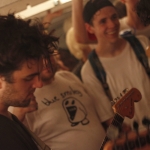 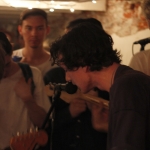 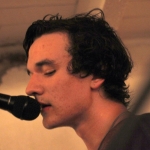 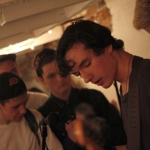 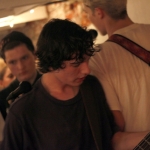