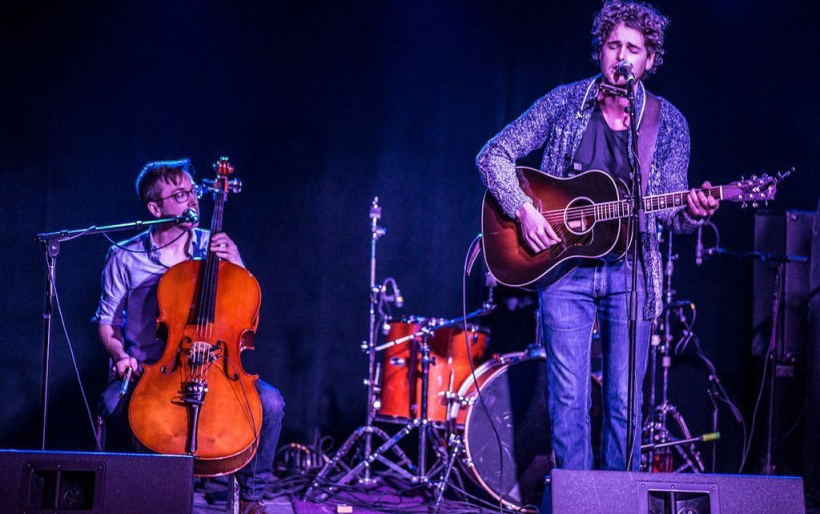 Sympathy and the Lion | Photo via sympathyandthelion.bandcamp.com

By John Vettese
August 12, 2015
11:08 AM
Share
Sympathy and the Lion | Photo via sympathyandthelion.bandcamp.com

Is it possible that Born in the U.S.A. is actually Bruce Springsteen’s best album? In terms of sound, I’d say definitely not. The overglossed 80s production and stadium synthesizer sound might have catapulted The Boss into megastardom some 31 years ago, but it seemed to run counter to his past work, his lyrical outlook, what we knew of him as a person…it was his pop record, and it sounded like it. Which is fine. But in terms of songwriting – and this is something I’m starting to come around on decades after first hearing the album – but oh my god, Bruce was so on point on that record, moreso than the sound let on.

Take away all those 80s production trappings and just listen to the music and the lyrics – like in the haunting, Nebraska-esque version of the title song found on Tracks, or Ted Leo’s heartfelt back-to-basics take on “Dancing In The Dark” (which I always found corny as heck, but not the way he does it), or the plethora of versions of “I’m On Fire”…or Lancaster duo Sympathy and the Lion’s brand new version of “Glory Days” – and the songs at their core are remarkable.

Sympathy’s John Shavel and Michael Burke take the song down to a moving piano and harmonica, and without the bouncy big band pop, you get to focus on the lyrics – where Springsteen candidly details the psychic trials of aging, of splintering off from old friends, of watching your dreams fade and watching yourself fall from your youthful heights, even if you used to be at the top of the pack. It’s a beautiful, appreciate-what-you-got song, and Sympathy really makes it their own: and makes me appreciate it anew.

Listen below, and catch Sympathy and the Lion tonight at World Cafe Live when they open for Red Wanting Blue at World Cafe Live. Tickets and more info at the XPN Concert Calendar. Also below, watch two of those other Born in the USA re-versions I mentioned – Ted Leo’s “Dancing in the Dark” (it’s a live video and the song starts at 4:12, but the story he tells leading into it is funny) and Bruce’s Tracks version of the title song.