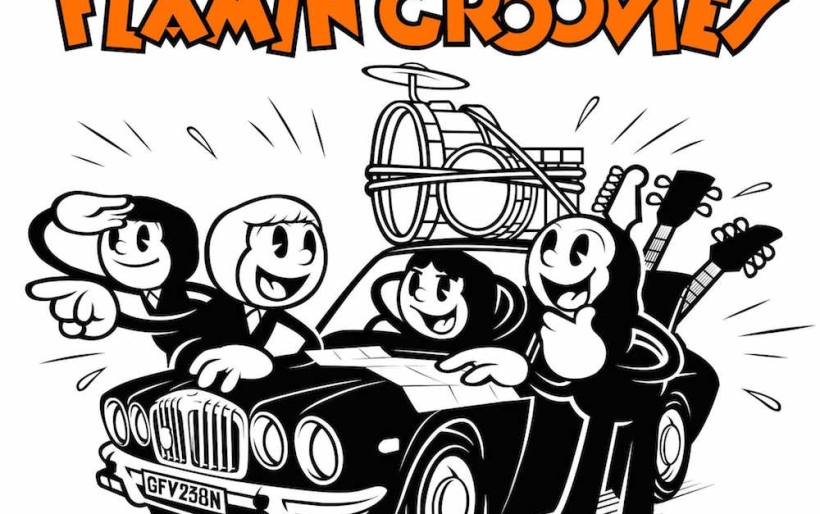 Look out! The Flamin’ Groovies are back in action and ready to rock

The legendary San Francisco rock band The Flamin’ Groovies are back. Founded by Ron Greco, Cyril Jordan and Roy Loney in the mid 60s, the Groovies are best known for their song “Shake Some Action”. Forerunners of punk rock, and a significant influence on the power pop music movement, the band is preparing a new studio album, and a documentary for release in 2016 in celebration of their 50th anniversary. They play Johnny Brenda’s on Friday, November 20th.

The Flamin’ Groovies released their debut album, Supersnazz, in 1969, however it wouldn’t be until 1976 when they released the Dave Edmunds produced Shake Some Action, that they got any notoriety at all. While “Shake Some Action” barely dented the pop charts, it was wildly influential many bands. Cracker, whose cover of the song was featured in the 1995 movie Clueless, reintroduced it to a new generation of music fans. The band broke up in 1992, however in the last decade they have played only a handful of times.

Long time members Cyril Jordan, Chris Wilson, and George Alexander, along with drummer Victor Penalosa, are wrapping up their first new album of new material in over 30 years, and are set to release a new single on Burger Records in the Fall. Below, listen their recent single, “End Of The World,” and watch a couple of trailers for the film.

Meet The Flamin’ Groovies from Kurt Feldhun on Vimeo.