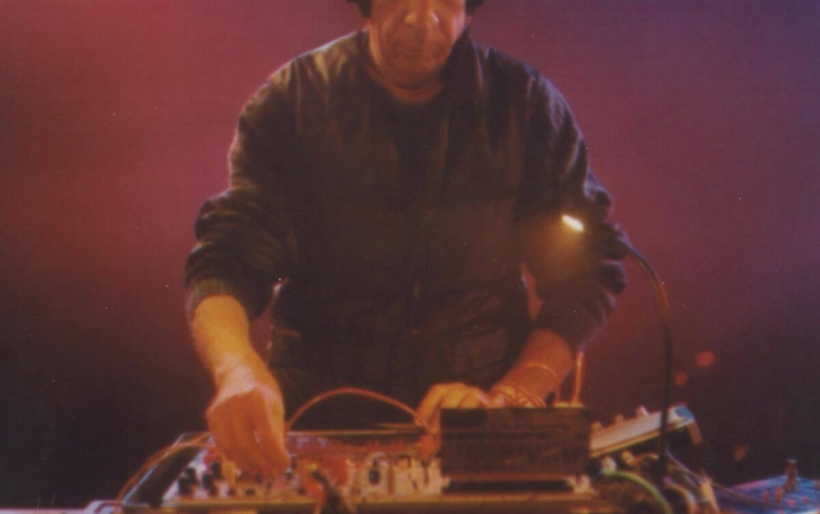 Charles Cohen and Rosie Langabeer reimagine the movie Speed without dialogue or action.

In an interview conducted before his appearance at this year’s Présences électronique Festival, Charles Cohen gives a befuddling answer when pressed to describe his approach. “I improvise. I pack up and go home. I don’t think about it that much,” Cohen states matter-of-factly.

Cohen’s refreshing lack of preciousness about his craft, coupled with an unwavering commitment to simply listening, has made him a much-beloved presence in DIY Philly for nearly four decades. It’s a cherished local sight (and sound) to catch Cohen pumping out spaced-out, Sun Ra-inspired soundscapes with his trusty Buchla Music Easel—a rare analog modular synth with which his name has become synonymous—alongside dancers, theatre troupes, and fellow sonic explorers.

2013 saw the Morphine label issue a 3-LP retrospective featuring select cuts from the last few decades of Cohen’s voyages—his first “proper” release outside Cohen’s weekly SoundCloud “Beeps and Boops.” Cohen supported the retrospective with highly anticipated festival appearances across Europe, Japan, and the Middle East. This past May, Morphine issued Brother I Prove You Wrong, his first all-new solo offering in decades.

If Cohen’s area of inquiry tends to skew intergalactic, the music of Rosie Langabeer (a.k.a. Diamond Blazer) takes its cues closer to terra firma. Langabeer, a New Zealand transplant and coconspirator of Pig Iron, No Face, Subcircle, and Ballet X, balances an array of synthesizers, samplers, wind, and stringed instruments to conjure a slow-motion particle collision between natural and post-industrial forces.

Cohen and Langabeer perform Sunday, August 23rd as part of Bowerbird’s Double Decker Music Series, a mobile concert experience on an open-top double-decker bus. Before, between, and after the music, tour guide Sebastian Darkly Petsu will share dry wit and history about the City of Brotherly Love and Sisterly Affection.

Boarding begins at 7:45 p.m. at the Northeast corner of 5th and Market Streets by the Wells Fargo building and departs at 8 p.m. sharp. The first 15 passengers will receive free ice cream sandwiches courtesy of Little Baby’s Ice Cream. The bus will return to its point of departure at 10pm.

$25 per person. Advance tickets only. Only 35 seats are available and this event will sell out.