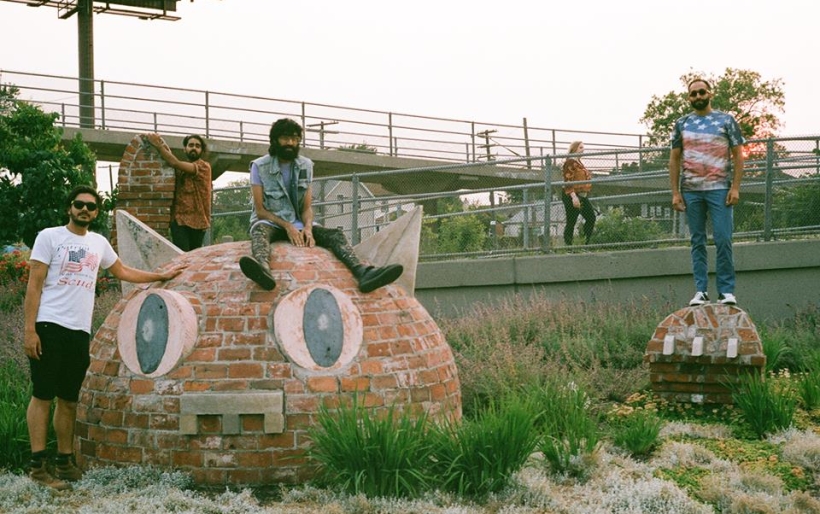 The Kominas | Photo by Eddie Austin

Racial profiling is no laughing matter. But sometimes it takes well-played comedic satire to make us re-evaluate our own life, perspectives, and actions; to make us laugh while making a larger, more important point. The Kominas are the latest project of Hassan Malik, a Philly punk rock dude who, like his bandmates, comes from a Desi family (that’s a loose term for the people of the Indian subcontinent, if you’re not familiar; India, Pakistan, Bangladesh, Nepal, Bhutan, Sri Lanka, Maldives). Malik’s music, both in The Kominas and previously in Sunny Ali and The Kid, often addresses American xenophobia head-on.

“See Something Say Something” is a track off The Kominas’ excellent 2015 record Stereotype, and in the video for the song – recently premiered on NPR Music – a nervous white man boards the New York subway and immediately goes into a panic when the band sits adjacent to him carrying a tiffin container. It has their lunch in it, but he doesn’t know that, and begins imagining all sorts of horror in his midst, eventually calling the authorities on them. It’s portrayed as a bumbling comedy of errors, and indeed, it is a pretty funny video – but it’s less funny when this stuff happens in the real world.

In short: don’t be like that dude. Watch the video below.