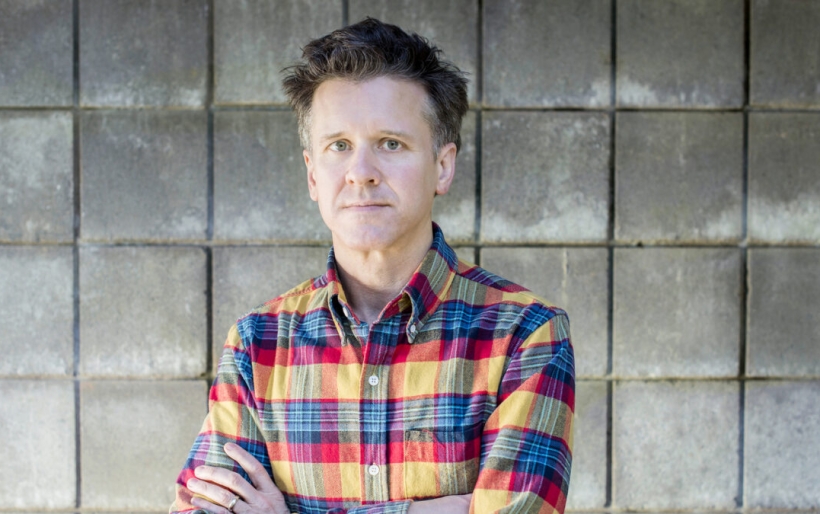 Back in May, Folkadelphia teamed up with Drexel University’s Music Industry Program and a group of their insanely smart, inquisitive, and super helpful audio engineer students to live record a handful of in-studio sessions over a three day period. The results have been fantastic. We already shared one session with you, our encore with Christopher Paul Stelling. Now we bring you the second in this set – Mac McCaughan, best known for being the leader of Superchunk, Portastatic, and co-founder of Merge Records, which has brought you countless “this is my favorite album” albums.

What can I say that hasn’t already been said about Mac before? Superchunk holds a special place in my heart and my musical identity. The first time I heard Here’s Where The Strings Come In, I felt like something inside me clicked into alignment. When Mac screams “playing track six and track seven again and again,” you gotta know I scream along (and subsequently play track 6 and 7 again and again – that’s “Detroit Has A Skyline Too” and “Eastern Terminal,” but I digress). In any case, I religiously follow every Superchunk and related release, as many out there do too. So when I heard McCaughan was putting out a solo release under his own name, I was already on board. The album, Non-Believers, is personal and more intimate than many previously releases, it treads lots of new ground for McCaughan, but doesn’t stray too far from the path we know. It also further confirms that yes, Mac is one hell of a songwriter and performer.

Mac played two of these new songs for us, as well as a Portastatic tune, so it is with my supreme honor that I present Folkadelphia’s in-studio session with McCaughan. Go see Mac live on his Fall tour, find out about his show in your town.