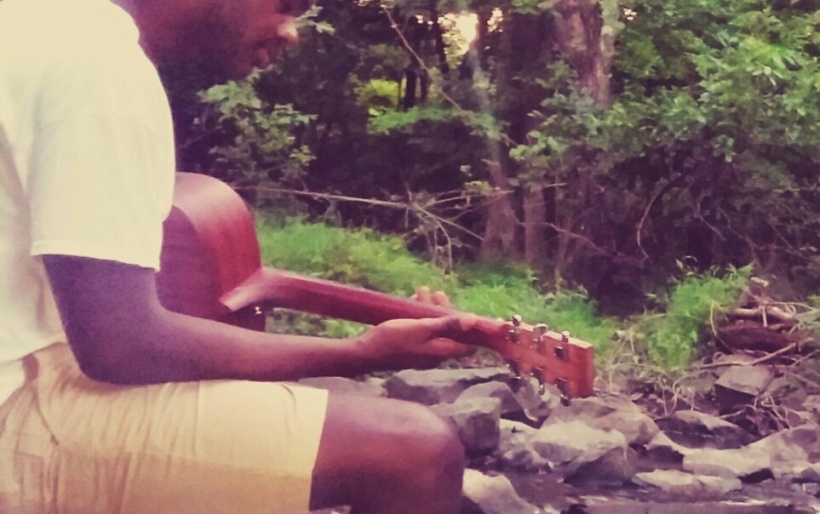 Mike Muli is a storyteller. He sings and plays guitar, but his songs are centered around the kind of characters and plot-lines that help us better understand our own world. Today we have the premiere of “I Realize,” a song from Muli’s forthcoming debut acoustic record that is just one vignette of the story he is sharing.

There’s a complex structure surrounding “I Realize,” one that Muli describes as “concept album based on the narrative that people respectively portray their life experience through.” The full record will have ups and downs as he follows two main characters through major and nuanced life events both in song, illustrations and short literary pieces:

I find it so fascinating that we go about our lives colloquially thinking as if we’re the center of the universe, or the main character in a movie. Often times when our imagination gets the better of us the narratives get much more vibrant and don’t care for something as silly as natural laws, especially as children or when we’re alone.

For this album I wanted to tell a story while consistently channeling the hyper-fantasized way we see life sometimes. It’s a commentary on the beauty of the phenomenon.

The album is loosely based on my life but the goal of this was to create a character that can represent anyone. The struggles and joys portrayed are those we all face, but I’m telling it how it would be told when in the most adventurous of mind sets.

Musically, “I Realize” is reminiscent of early John Mayer and the soulfulness of Stevie Wonder. It’s playful and catchy, with great moments of harmony and fun background accents. Lyrically the track catches up with the main characters at a turning point in their relationship where they have to make difficult decisions about what’s best for themselves as individuals.

Listen to the song below.