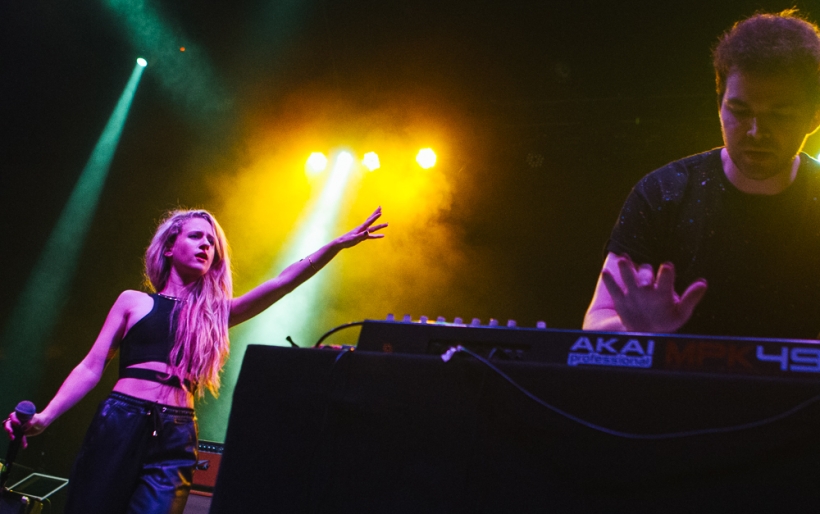 Philly’s Marian Hill made its late night television debut this week on The Late Late Show with James Corden. The electro-pop trio, who are currently putting the finishing touches on their full length debut, played their single “One Time” (which you first heard here at The Key a year and a half ago).

Coming off a high profile appearance at this year’s Made In America, the band – vocalist Samantha Gongol, producer, keyboardist and programmer Jeremy Lloyd, and sax player/bassist Steve Davit – begin a tour next week in Washington, D.C., with a stop in Philly on Thursday, October 1st to headline Union Transfer. Tickets and more information on the show can be found at the XPN Concert Calendar.

Below, watch “One Time.” As the camera fades in on Davit’s signature honking sax, the camera pans to Gogol and Lloyd who drives the tempo of the sulty song with his percussive electronics.