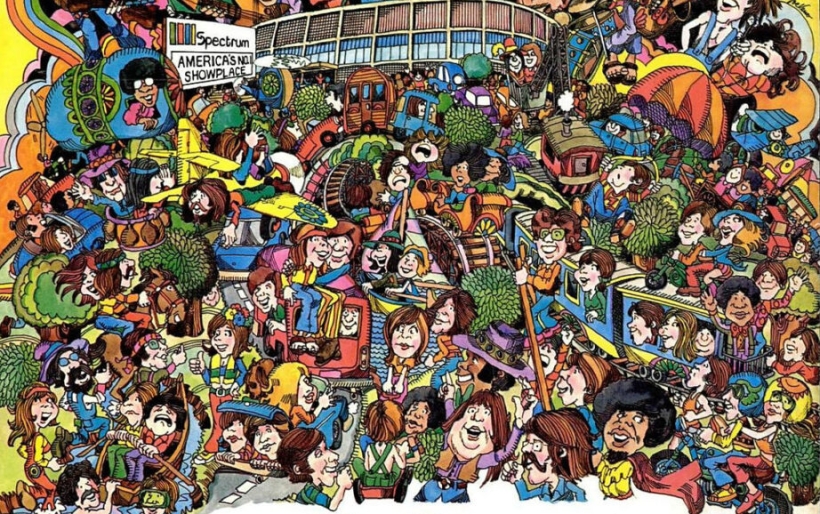 A Billboard Magazine ad for the Spectrum from 1974 | via wikipedia

There was once a time when, if you were going to see a huge concert in Philadelphia, it meant going to The Spectrum. The historic South Philly arena opened 48 years ago today – September 30, 1967 – and though it was initially a sports arena and home to the Flyers and 76ers, it quickly developed a strong rep as rock and roll central on Broad and Pattison.

Bruce Springsteen played his first arena shows there in 1976. The Boss was also performing there in 1980, the day John Lennon was shot and killed; he opened the show with a moving speech.  Billy Joel holds a record for selling it out the most, and developed a strong connection with his Philadelphia fans over his song “Captain Jack.” ( The version on his 1980 live album Songs In the Attic was recorded at The Spectrum). Fleetwood Mac and The Grateful Dead played The Spectrum a bazillion times over the years, and hometown heroes The Hooters headlined on Thanksgiving, 1987, for a special simulcast on MTV. (Watch “And We Danced” from that show below.) 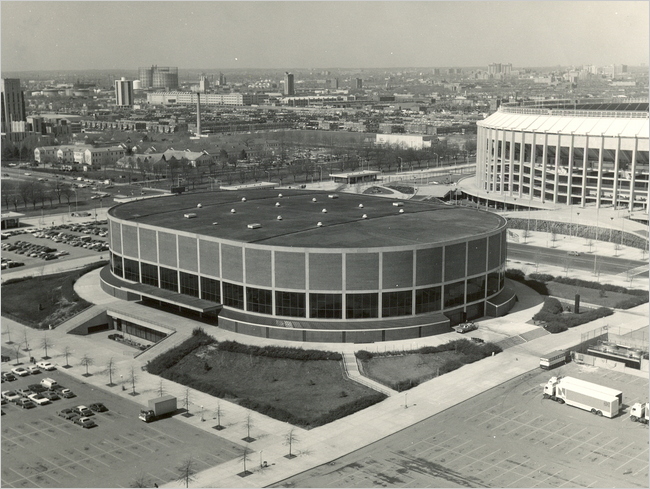 The Spectrum circa the 70s | photo via flyers.nhl.com

In the 90s, Beck played his biggest show at the time (and one of the biggest of his career) before a packed Spectrum on the Odelay tour. Soundgarden also made their Philly arena debut there in 1991, and 16-year-old me saw my first concert there when Nine Inch Nails performed with Jim Rose Circus Sideshow and Marilyn Manson in December of 1994. (Watch that entire show here.)

By the end of the 90s, the Philly concert landscape was changing – major acts started to be booked at the neighboring Wells Fargo Center following its 1996 opening (fka First Union Center, fka Wachovia Center), and during the summertime, they went to the SBC in Camden (fka Tweeter Center, fka Budweiser-Sony Amphitheater). By the mid-aughties, the old rock hall was in slow decline – though still housing a ton of memories – and during its final run in 2009, it hosted headlining gigs from Taylor Swift and a whopping four-night stand from Pearl Jam, who brought the house down with an epic Halloween show that closed with a cover of Neil Young’s “Rockin’ In The Free World.” (I remember being at this show, watching fans try to steal chairs on the way out and security hysterically wrestling them away.)

To mark The Spectrum’s birthday, we collected an assortment of videos from its history – beginning with the most recent and working our way backwards through time. Check them out below, and leave your memories of The Spectrum in the comments.