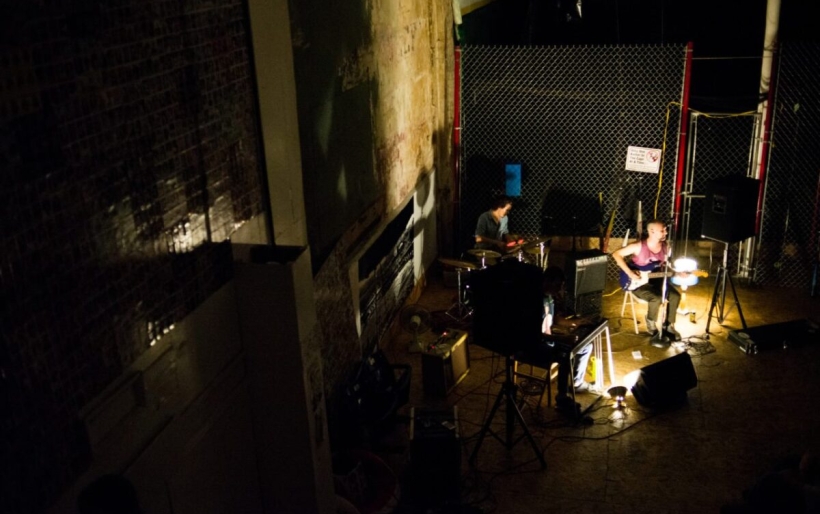 Friendship | Photo by Abi Reimold | courtesy of the artist

Forging Friendship: How the best indie folk band in Maine found a new home in Philly

Michael Cormier has a pretty cushy job situation when you think about it. He works out in the verdant hills of Swarthmore doing landscaping. His employers have a garage apartment where he gets to live; it’s also a space for his bandmates in the emerging Philly country-folk trio Friendship to rehearse every week. There are two bus lines, a train and a trolley nearby that can get him into and out of Philly with ease. I ask if he’s working for a school, or a business, or something of that nature; Cormier shakes his head. It’s private property, and he’s working for the family that owns it.

“He’s like the help in Downton Abbey,” jokes Dan Wriggins, the soft-spoken singer guitarist in Friendship. They run through some of Cormier’s other day jobs, all of which are fascinating by metropolitan office-life standards: baking bread in England while studying abroad for three months, baking bread in rural Ohio, working on a lobster fishing boat in midcoast Maine. That last job is actually one he shared with Wriggins and Peter Gill, the pedal steel guitarist in Friendship, when they all lived up north.

This January, the three lifelong friends decided to take the next step with their music; in January, they moved to Philadelphia, a full day’s drive from the area where they grew up, to launch the band.

The band’s new You’re Going to Have to Trust Me seems like a fusion of both worlds. The gliding country arrangements of Cormier’s breezy brushstroke beats and Gill’s emotive pedal steel come from a place that’s not as stressing and severe, not as intensely-paced; Wriggins’ contemplative vocals and vivid lyrics, however, address life and emotional states that are more universal, in ways that could make sense to listeners in their home-home as much as new home in Kensington.

It’s reminiscent of Pedro the Lion and Jason Molina, but also of Gram Parsons and George Jones. Wriggins nods emphatically as I ask about the difference between, say, the harsh concrete sidewalks and piles of broken glass in his current neighborhood as opposed to rock shores and pastures of Little Cranberry Island, his last Maine residence before moving south. But he sees himself as a spirit of both worlds.

Cranberry is where Gill and Wriggins planted the seeds of the project two years ago; they spent a couple years organizing the Cranberry Folk Festival, rallying the musicians of the region for a one-day event. One year they had Jacob Augustine and Simone Felice of The Felice Brothers as headliners; Wriggins was introduced to the latter via a Free at Noon concert during his first stint living in the Philly region while attending Haverford College. Wriggins says his initial time spent in and around Philly gave him the idea to relocate the band there, once Friendship was solidifying.

“It was a combination of knowing there was great music here and of getting lonely up in the cabin on the island,” Wriggins says. “And knowing folks down here, and knowing it was the only city I could convince Mike to come to.”

They laugh, but getting out of their comfort zone was important. Their peers Augustine (who they just shared a bill with at a Folkadelphia concert in West Philly) and Felice have built up their followings via  hard touring nationally and beyond, but that’s not always the case. The folk community in New England and southern Maine is very strong, and it’s possible to have a sustainable career simply doing the circuit up there, from Boston to Providence to Falcon Ridge, with the many clubs of Northampton, Massachusetts acting as sort of the sun that this universe sort of revolves around.

“It felt to me that it would hurt us if we stayed there,” says Wriggins. “I didn’t feel like I would be able to grow as much with writing songs.”

Before leaving, though, Friendship did record one EP together called The Further You Kick, The Bigger It Gets. “We had done that sort of as a one-off kind of thing,” says Gill. “That was two years ago, when we weren’t even thinking of ourselves as a band or anything. It was just three musicians getting together. But since moving to Philly there has been more of a purpose to it I guess.”

The EP is available only as a continuous YouTube stream set to screen-grab visuals of someone scrolling through Craigslist missed connections.

The video – bizarre as it is, and lo-fi as the music sounds – is 100% why I ventured out to catch Friendship on a gig at 3rd and Girard this July. Great songs, and a total curiosity stimulator to boot. Wriggins smiles and calls it “very validating to hear that someone liked my Craigslist joke.” But the concept was actually funny-serious.

“I wanted to do something strange and creepy, but also, all the songs are about relationships that are very imbalanced or people totally missing what each other wants,” Wriggins says. “One of the songs is a Joan Baez song, ‘Diamonds and Rust.’ So I did feel like it is still a joke, but has something to do with missed connections and not being able to find a way to relate.”

I ask if the music will ever get a non-YouTube release. Wriggins says it was recorded on a computer that doesn’t work anymore, and that he wouldn’t be able to find the raw files if he tried. Plus, he’s not in love with how it sounds – it was made when they were still living in Maine, didn’t have a lot of good microphones to work with, and he was just learning the ins and outs of recording. By contrast, the new record – recorded with Peter Tramo at Lorelei Studio in the basement of Underground Arts – sounds polished and pristine, with tastefully minimal arrangements.

It’s a healthy representation of their sound, which wowed the folks they shared a bill with in their first Philly show at the Skate Jawn warehouse – Roof Doctor, Abi Reimold and Augustine, who they put the gig together for.

“I couldn’t believe how many people came,” Wriggins said. “And all the bands were really quiet, but that was fine. Everyone was really nice; there was one guy passing out popsicles I think, and another guy handing out mint-flavored toothpicks for everyone to chew on. So everyone was just chewing on toothpicks and listening to Jacob sing. I met a lot of great people that night.”

Friendship has become tight with those show-mates – Gill played pedal steel for Reimold’s soon-to-be-released album, and she joins him on both this Saturday’s album release party at Everybody Hits as well as a U.S. tour. Also on the bill is the buzzed-about Kississippi and comparatively new psych act Old Maybe – details and information here.

Four very different artists, which was the case with the 3rd & Girard show, as well as what they see ahead of them on tour. They’re playing Toronto, a big indie / country city, and I ask if it’s at Horseshoe Tavern, or somewhere that their sound might be a natural fit, and they say no – it’s Handlebar, and “looking at their calendar, I don’t think it is,” says Wriggins. “But that hasn’t stopped us before.”

“Shows where all the bands are the same get boring,” he adds. “I would definitely rather see totally different types of bands. That happens for us a lot in Philly; we love doing it, and people seem to like it.”