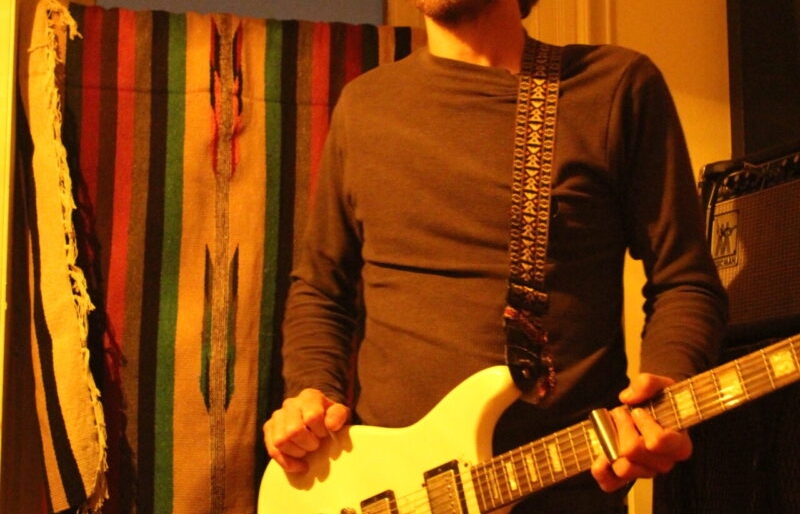 PeteJoe Urban of Noema | Photo courtesy of the artist

Space out with former Creepoid guitarist PeteJoe Urban in Noema

PeteJoe Urban always brought a meditative sensibility and distinctive guitar tone to Philly psych-punks Creepoid. Now that he’s stepped away from their ranks (and more conventionally structured songs – which are not conventional in the slightest but, you know, by comparison), his music opens up into a much broader sonic space.

Last week, Urban released the first EP from Noema, his instrumental psych-guitar collaboration with tour buddy Sean Sterns of Grand Rapids noise outfit Shores. The second EP is slated for a January digital release, with cassette release to follow, and a third EP later in 2016.

“This project was an idea long in the making,” Urban tells us.  “Sean and I have been talking about a collaborative project since our days touring together.  It wasn’t until last fall when we finally decided to make it happen.”

Urban flew out to Grand Rapids this April and recorded over and hour and a half of music with Sterns across two days in Amber Lit Audio. The result on the Thoughts Bring Presence EP is two expansive pieces (one 12 minutes, one 15 minutes) of electric guitars intertwining drone-style, sometimes chilling and sometimes serene. It recalls aughties underground psych heads Sunburned Hand of the Man, along with some elements of the Gibbons brothers from Philly faves Bardo Pond. Urban also sees a Fripp / Eno dynamic going on.

“The music is un-rehearsed, created live…with no overdubs and no second takes,” says Urban.  “Sean and I are very similar players, and making music with him was very intuitive and came natural.  There are times where I listen and cant tell who is playing what.”

Listen to Thoughts Bring Presence below, grab a download over at Bandcamp and keep an eye on Noema for more releases in the next year.