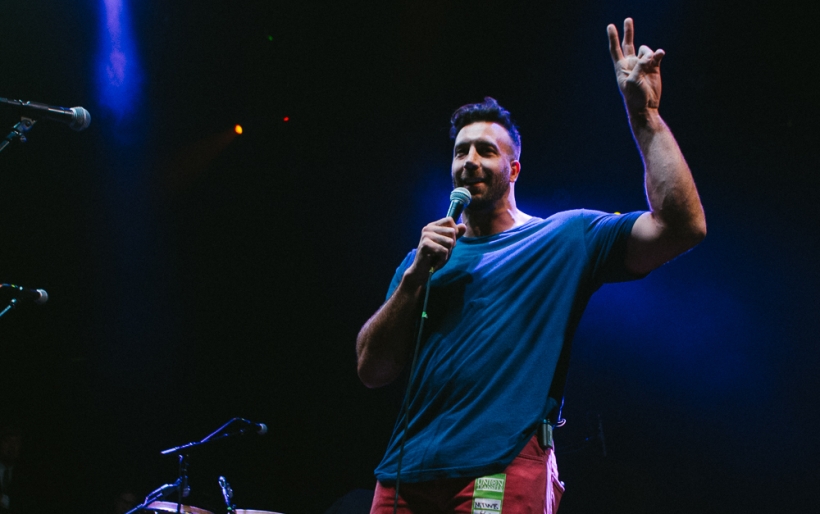 Philadelphia Eagles linebacker Connor Barwin has done the unthinkable. He’s made sports-averse music obsessives (i.e. me) relax, take a look around and begin to care about sports.

You might say that this is because Barwin is doing the exact same thing on his end of the spectrum, and I don’t make that claim just cause he’s boys with Kurt Vile. A new NFL Films doc, The Street Eagle, perfectly presents him as a multifaceted, gregarious, overall good dude who breaks stereotypes and truly cares about his city.

“Connor Barwin never set foot in Philadelphia prior to 2013,” the narrator says at the opening. “Today, he could probably run for mayor.”

I wouldn’t disagree with that, and the 20 minute video goes on to make a solid case. Barwin isn’t just an incredible athlete: he’s somebody who is deeply concerned about sustainability and green living, from the SEPTA t-shirt he sports – encouraging people to ride rather than drive – to his famous bike rides to work – which are captured in stunning footage set to Kurt Vile’s breezy “Wakin on a Pretty Day.”

The focus of the video, though, is his charitable work via the Make the World Better foundation, and the video follows the rehabilitation of Ralph Brooks Park in Point Breeze, from the planning stages to the benefit concert to the mural painting and the grand opening where we see Barwin mixing it up with both notable figures like Mayor Michael Nutter and Mural Arts director Jane Golden, as well as the neighbors who thank him for creating a better public space in their community. Thing is, I bet if you asked Barwin, he’d say that those neighbors are just as deserving of the term “noteable.” That’s why he’s great.

“Not only do I want to be the best linebacker in the NFL and be on the best team in the NFL, I want to live in the best city,” Barwin says. “Everything I’m trying to do is working for that.”

Check out the video below.