Kendrick Lamar Gets His Groove On at the Troc 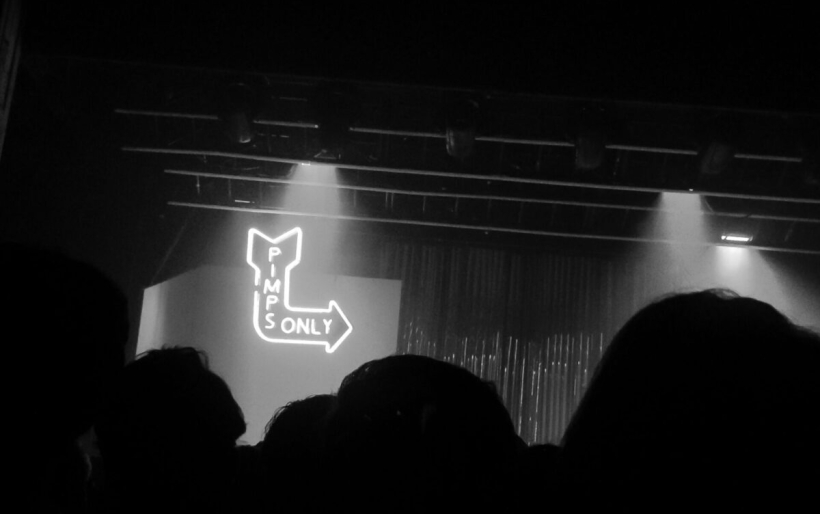 Hail to the King: Kendrick Lamar Gets His Groove On at the Troc

The Greek philospoher Plato had this idea he called the “Philosopher King.” Essentially, a philosopher would make an ideal ruler because of their commitment to a vision—to a cause. Tuesday night in Chinatown, I hailed my philosopher king. Clad in black sweatpants and sweatshirt rather than a toga, Kendrick Lamar waxed philosophical writ large, performing his stunning 2015 record To Pimp a Butterfly almost in its entirety.

Between slinging fire numbers from both Butterfly and 2012’s epic good kid, m.A.A.d city, Lamar occasionally took moments to pause and reflect on the nature of the tour. Called “The 1stAnnual Kunta’s Groove Sessions,” the tour strikes 12 cities that Kendrick said had supported him from the very beginning. Additionally, his comments at other times made it seem like this tour may be the last time he plays Butterfly material, citing it as somethong that’s not disposable, or able to be presented any other way than an intimate format.

Indeed, this is an extremely different Lamar than the one that I had witnessed almost exactly two years ago, opening for Kanye West. That Kendrick covered his face with a hoodie, and though already an insanely talented emcee at the time, seemed to still be reserved, both in performance and representation. But the Kendrick that hit the Trocadero stage on Tuesday night? A King. A Philosopher King. King Kunta. Powering through an absolutely stacked setlist that at least touched on or hinted at every piece from To Pimp a Butterfly and the best of M.A.A.D City, Kendrick Lamar proved his complete mastery both of lyricism and how to play an audience like a finely tuned instrument. And speaking of instruments: His band was just as tuned, as well. Being backed by a tight four-piece provided a lush soundscape for Lamar to elucidate on top of, his raspy bounce stringing and stinging its way through a thickly weaved fauna of funky bass, ripping guitar, and booming fast-attack drums.

The power in the room was real. And then it wasn’t—quite literally. After getting the room jumping and screaming to the fire verses of “m.A.A.d city,” the neon sign that said “Pimps Only” (the stage’s only decoration) flickered out, and then Lamar’s mic stopped working. After a few minutes, K dot and the band left the stage, with Kendrick gesturing for the crowd to be patient. In the half-light, the crowd began chanting “We gon be ALRIGHT,” because, we would. Our king wouldn’t abandon us. And truely, he did not. Coming back after about 10 minutes, the “Pimps Only” neon flickered back to life and the show went on. The technical cause? Unclear. According to the young boy in front of me, “That shit was so hype it blew the stage out, man!” I’ll allow it.

Oh, we were more than alright. Some would call it a spiritual experience. Truly, it was a prime example of the raw power of music as a force for good. To Pimp a Butterfly transcends race and class just as its funky, jazzy, yet agressive tones defies genrefication. It’s good philosophy. Hail to the King.

Kendrick had the crowd ready for “be alright”….before it even started pic.twitter.com/xAUuTC3sJC