Listen to "Greyhound," the new single from Philadelphia's Kississippi - WXPN | Vinyl At Heart 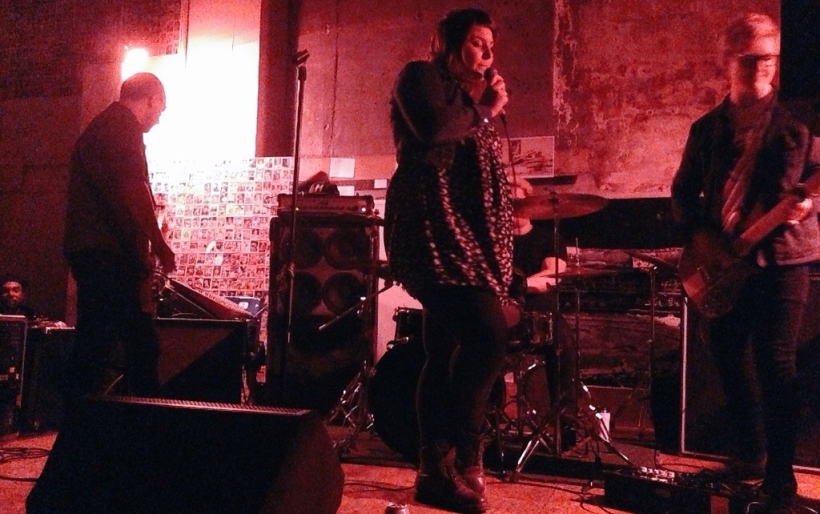 Listen to “Greyhound,” the new single from Philadelphia’s Kississippi

Duo-turned-four-piece Kississippi is a buzzing name on the Philadelphia indie scene, and is set to release a new EP We Have No Future, We’re All Doomed on November 20th on Soft Speak Records. Recorded with Modern Baseball’s Jake Ewald, the EP has been getting lots of hype, and Stereogum recently selected them as a Band To Watch, premiering the first single off the EP, “Indigo.”

The band was initially the project of Zoe Allaire Reynolds, who made Kississippi’s first EP, I Can Feel You in My Hair Still, before connecting with bandmate Coliln James Kupson (they met, semi-famously, on Tinder). The early EP is full of minimalist folk gems recorded in the laundry room of her mother’s house, and Reynolds’ voice sounds like an old-school Jana Hunter back in her folk days, understated yet incredibly compelling.

Since teaming up with Kupson, Kississippi has grown into a four-piece live band and expanded its sound as well. This week, Noisey premiered the album’s second single, ” Greyhound.” From the guitar’s first note, it’s clear that the production value of the album is much higher. But the group manages to replicate the simple, familiar, and thoroughly enjoyable folk tunes that Reynolds recorded on her first EP.

Listen to “Greyhound” via Noisey and see Kississippi at Johnny Brenda’s on December 12th; tickets and more information can be found at the XPN Concert Calendar. You can preorder We Have No Future, We’re All Doomed here.