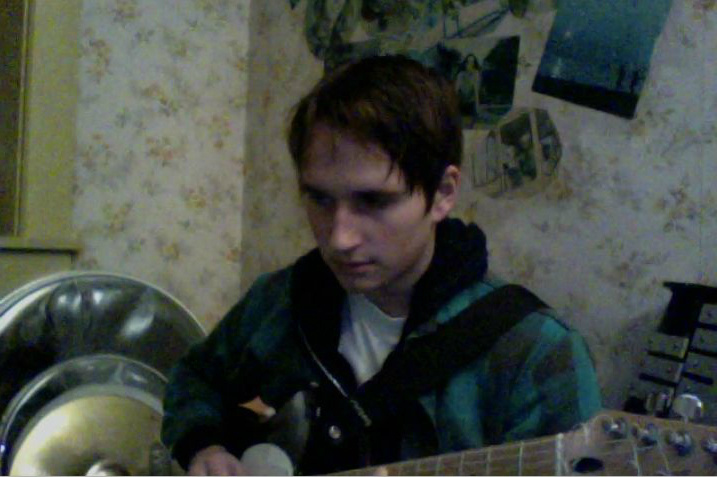 Lancaster-based songwriter Tyler Burkhart is back with a new EP Back Against the Wall, only a few months removed from his lovely full-length June release Sweet Spell. On Sweet Spell, Burkhart brought us a gorgeous, mostly upbeat portrait of suburban life. His tools were simple: lush guitar arrangements and simple but deceptively emotional lo-fi vocals. But while his sound may be similar on Back Against the Wall, Burkhart and his message couldn’t be any more different.

Burkhart explored mundane but carefree suburbia on Sweet Spell, but on Back Against the Wall he shifts to consider love, relationships, and aging. The influence of his surroundings can still be felt in the album’s mellow character, to be sure – Burkhart’s simultaneously crisp but hypnotic off-beat guitar on the album’s title-track evoke a melancholy version of suburban-rockers Real Estate – but ultimately this is an album less about suburbia than it is heartbreak.

The subdued yet beautiful track “Every Now and Then” is the emotional epicenter of Back Against the Wall. Burkhart’s quiet, whispering-in-your-ear vocals sound like Bon Iver’s early lo-fi days as he sings of a lost love (“Every now and then / I wonder how this started / How is it the same world / that left me broken hearted?”) There’s a noticeable hint of lethargy to the track thanks to the guitar’s consistent plodding tones, making it feel as if Burkhart can barely bring himself sing such painful lyrics.

Opening track “One More Day” is by far the most catchy track on the album, its twangy surf-rock guitar sounding like it could have easily appeared on Sweet Spell. It’s sort of deceptive to start a mostly somber album with such an upbeat track, but even these more upbeat tracks maintain a sense of melancholy.  On “Hey, who’s keeping track?”, a sort of companion piece to “One More Day,”  Burkhart is unable to completely shed his somber sense of nostalgia. The guitar melodies are beautiful, but tired. Lyrically, Burkhart reflects on aging and what he’s yet to accomplish, “Mind like an ocean, the waves keep rolling in / thought I’d have picked up how to swim / by 26 but who’s keeping track / when all this time I keep on looking back.”

You can stream Back Against the Wall below, and pick up a download of the album over on Burkhart’s bandcamp (highly recommended).