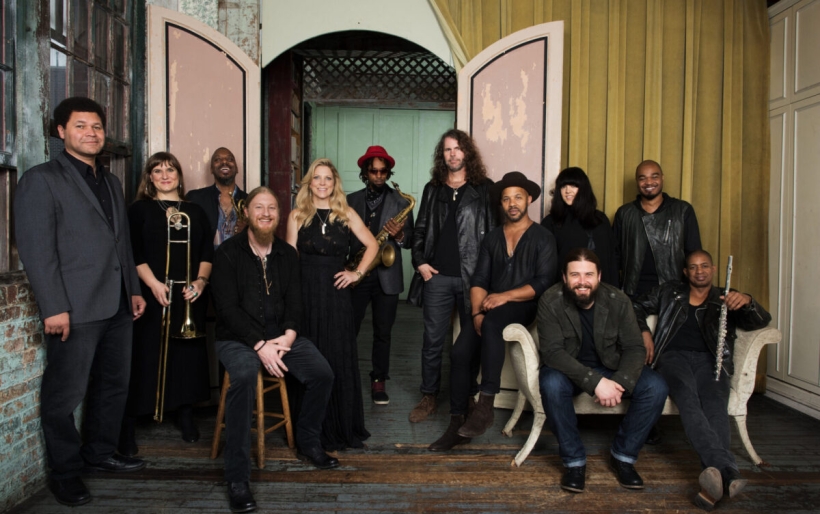 Tedeschi Trucks Band | Courtesy of the artist | via http://mediakits-showcase.concordmusicgroup.com/p/let-me-get-by/press-photos.html
Tedeschi Trucks Band announced a new album, Let Me Get By, out on January 29th, and a tour that brings them to the Keswick Theatre for three nights in February.

Susan Tedeschi and Derek Trucks, together in life as a married couple, parents, and bandmates, recorded Let Me Get By at Swamp Raga Studios, the band’s home studio in Jacksonville, Florida. The album was produced by Trucks, who was also a member of the Allman Brothers for 15 years up until they disbanded last year. Let Me Get By is the band’s first new studio album in two years, following 2013’s excellent Made Up Mind.

The Keswick Theatre dates are Thursday, February 18th with Shawn Mullins opening, Friday, February 19th with openers The London Souls, and on the closing night of the 3 night run, Saturday, February 20th, TTB will play two full sets. Tickets for all three shows are on sale now here.

Below, listen to the first new song, “Anyhow,” that perfectly showcases the band’s mix of soulful rock.