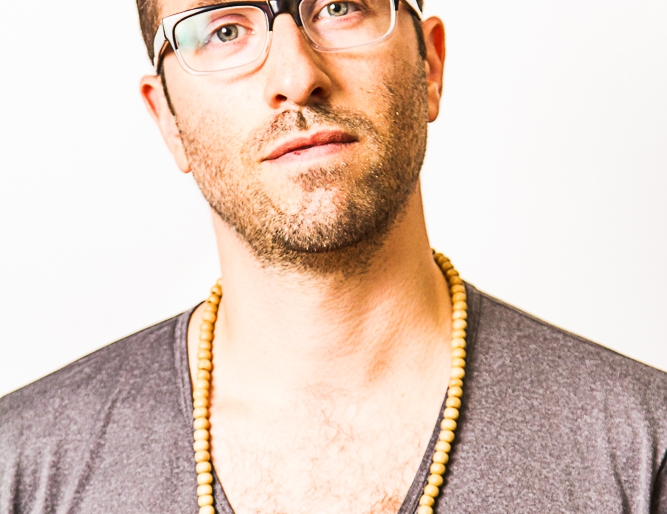 Introducing “High Key,” a new series of profiles conceived with the intent to tell the story of Philly’s diverse musical legacy by spotlighting individual artists in portrait photography, as well as with an interview focusing on the artist’s experience living, creating, and performing in this city. “High Key” will be featured in biweekly installments, as the series seeks to spotlight artists both individually and within the context of his or her respective group or artistic collective.

For the past few years, Gary Dann’s Boom Room Studios has been the unassuming epicenter of an emerging music community in Philly. Conceived with extraordinary vision, the Boom Room was built with the attention to recording details of experienced and passionate audiophiles, and nestled comfortably next to the venerable venue Kung Fu Necktie and beneath the raging metal-on-metal cacophony of the decrepit Market-Frankford Line infrastructure overhead that frames the entire street with that iconic Philly photo-bleached baby-blue.

Outside the building in the adjacent lot is a small stage that hosts neighborhood music concerts. Inside is Dann’s creative lair. The Boom Room boasts production for artists that include the likes of Zoe Kravitz, Clap Your Hands Say Yeah, Chris Kirkpatrick, Jaheim, Billy Paul and Beanie Sigel, to name a few, the latter of whom has come to call the studio his “clubhouse.”

As a percussionist, Dann’s Worldtown Soundsystem’s ten-piece live house music crew offers one of the most unique sounds coming out of the city right now – a self-styled genre altogether, in Dann’s words: “live international funky house music and Philly disco soul… the Wu-Tang Clan of live dance music.” Earlier this month, Worldtown recorded a twenty-minute live feature for The Key, and released their debut single and music video, “Testify.”

The Key: Are you from Philly originally or did you move here?

Gary Dann: I grew up in Bucks County, so my whole life I basically lived thirty minutes away from Philadelphia. So as a kid in high school we would come down to [spoken ironically] South Street.. and see all the punk rockers.. But yeah, I’ve always been attached to Philly, and once I started playing music more seriously in my early twenties, that was where I made it happen. Certainly I couldn’t have made it happen in Bucks County.

TK: Where was high school, and what do you remember from it?

TK: How did you get connected to the music scene in Philly?

GD: My first thing that built a lot of connections that I still have to this day was me as a drummer, [with] a DJ, and a bass player – we did this monthly night at the Aqua Lounge in about 1999, 2000, 2001, 2002. It was 4th and Girard [Streets], it was all house music, the DJ’s that came through. Similar to the situation I’m in now – we were the only band. Bands didn’t really play there, it was just house music DJs. It’s a building that’s crumbled and destroyed. The guy who opened that place, I don’t even know if he had a liquor license, but it was a bar, there were bottles all over…we did a monthly there and it really built up a lot of steam. It got packed at times, usually our night was packed. We did first Thursdays and then moved to first Saturdays. And really, through the Aqua Lounge I met a lot of musicians that I work with to this day actually. GD: I’ll talk about my personal influences, people that I actually know that I worked that really helped influence me. Cee Knowledge The Doodlebug from Digable Planets, I’ve worked with him really closely for about 7 years now, and he’s taught me so much about the game and showed me what it’s like to go on tour, he’s taken me around the world. So he’s personally influenced me a lot, and his band that came out when I was a nerdy kid, 13 years old, and I used to listen to, influenced me a lot as well. Also, Jaguar [Wright] used to come through here, she taught me a lot and influenced me a lot. And on some new stuff, Ben Arsenal has influenced me, I’m learning about this whole world of house music and that’s something that, from my world, I never really knew a lot. I would say that those guys have personally influenced me. Growing up – of course The Roots. You know, you can’t really mention Philly music without the Roots, they’re Philly’s most successful thing. And then Dr. Dog.

TK: Where’d you play your first show in Philly, and what are your memories of how it felt to be on stage that night?

GD: Um, it sucked, it was horrible, I had a shitty time, and didn’t like being there. It was at a club called Doc Watson’s, which our band nicknamed “Cock Wad-stains.” And it’s one of those places, where there’s like five floors, and each floor had like, a band from 7:15 to 8:00, and then another band at 8:15, and you had to quick change over, try to cram like 15 bands into one night, and none of the bands matched up genres, like it was a punk band, and a psychedelic band.. and it was horrible.. and I was underage, and they had to sneak me in through this fire [escape].. I was 19, and I was in a band with some older kids, and we played psychedelic rock. And we got a bunch of people folding their arms and nodding their heads, so that was cool. But it’s been all up since then, I guess. I hope. [laughs]

GD: We threw this crazy party at Coda, at 17th and Walnut. That was awesome to play, because it was like a club, it was like a different environment, it wasn’t like your typical music venue that most bands play it, it was like kind of outside of the box. But really, rocking the Rittenhouse Park “Concerts in the Park” [series] – I got to do that two years in a row, one year with Cee Knowledge and the Cosmic Funk Orchestra, one year with Worldtown. I would say I feel very blessed to have played that two years in a row, and that’s probably the top for me in Philly. Getting that gig is the most love you can get from your city, everybody’s just like, “FUCK yeah!” And the Philly Weekly is awesome for doing that shit, for setting that whole thing up. They set that up with the city.

TK: What do you love most about the arts scene in Philly?

GD: Diversity. I could elaborate but really, just diversity, man. Everything. Jazz, to hip hop, to house music and rock and indie. You know, my studio’s across from Kung Fu Necktie, so everyday I see different vans pull up with different dudes. One day it’s hipster dudes with beards, and one day it’s some rap dudes, and the next day it’s heavy metal dudes, and it’s a lot of diversity. That’s what’s cool about Philly. And it goes back even to like the 70’s, soul/disco stuff, Larry Gold was bringin’ in people from all over, different varieties of sounds.

TK: What if anything do you find most frustrating about trying to create, perform or grow as an artist in the city?

GD: Nothing, man! It’s awesome! Alright, so, I got some really great advice from this legendary percussionist, [Leonard] “Doc” Gibbs. He was here rehearsing one time. He was outside, smokin’ something, chillin’, hangin’ out, and somebody was like, “this is an amazing show of legends, but probably nobody will come. But if we did this in New York or somewhere else, it would be packed, it would be sold out months before. But because it’s in Philly, we’re like, ‘oh, another jazz/soul legend, like, great, who cares.’” And his advice was, Philly is great to be an artist because it’s very accessible. You can kill the city real quick, you can just tear it up. And you can make an imprint, but it’s accessible and inexpensive enough that you can be a starving artist living here, and then go out into cities where they actually give a fuck, and go make money. But don’t expect them to give a fuck here. Expect to build your craft, and to connect with the world, and build your connections. But when it comes time to actually make it happen, it’s not gonna happen here. And I mean that’s an age-old thing, I mean everybody knows The Roots had to go to New York to blow up, people have to go to New York or LA or London to blow up, and it just doesn’t happen here. It’s unfortunate but, dude. Live here. Contribute to the community, build all of your connections here, and then go out into the world and kill, you know? It’s super cheap, and like really accessible, there’s musicians everywhere. I love that part of Philly. So I find it to be not so frustrating. GD: I really like Fishtown where I am now, man. I’ve lived in West Philly, and out by City Avenue. There’s not a lotta trees here, which kinda sucks, it’d be cool if there were some trees, or a park. But there’s so much goin on dude. From where we’re standing right now [at Boom Room Studio] there’s like five music venues, like just a few blocks away – Brenda’s, Kung-Fu Necktie, The Fire… I think this neighborhood’s poppin’ man. It’s definitely happenin’. Hopefully it doesn’t go too far where it’s like ruined and it’s like douchey.

TK: What’s your preferred means of getting around Philly – bike, walk, SEPTA, drive?

GD: Preferred? Bike. But what do I end up doing? Being lazy and driving.

TK: How have you seen the city change in your time living here, and has it been for the better?

GD: I mean, I’ll speak for just this neighborhood – like I was saying in the early 2000’s I was doing events at Aqua Lounge at 4th and Girard [Streets], and I remember people just being like, “you’re going down THERE dude? Watch out…” We were loading in gear, there’d just be random gunshots. and it’s changed a lot since then. It’s growing. Philly’s still a baby. 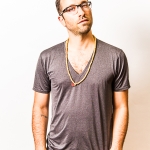 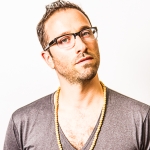 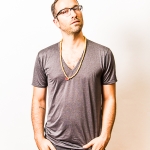 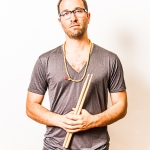 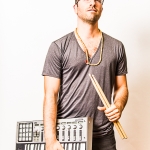 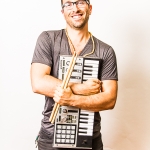 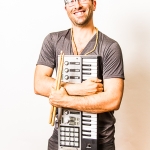