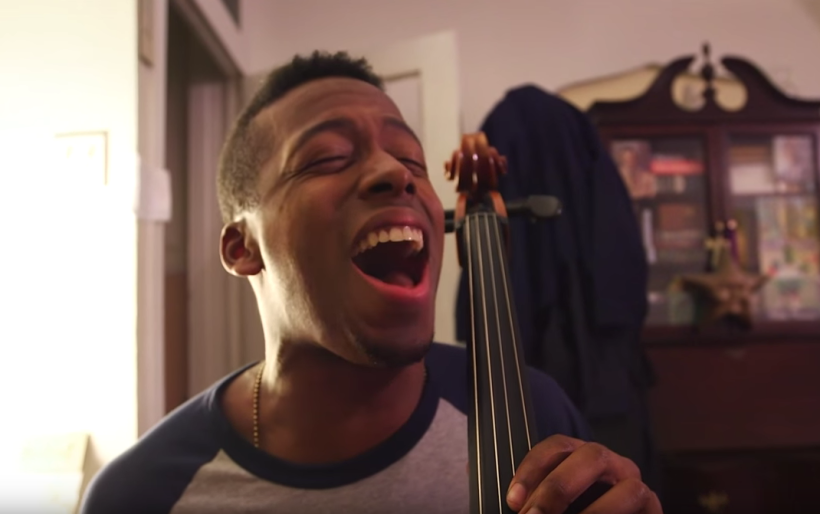 Feel the flow with an acoustic cypher session by Hardwork Movement

Last week, we brought you a new track from Philly hip-hop four-piece Hardwork Movement. This week, they filmed an acoustic cypher session for their first single, “Shine.” Featuring the vocalist and three emcees in their living room, the video follows the guys around as each one performs his part and passes the song off to the next one. Hardwork Movement shows off their versatility in this video, combining genres to create an epic flow.

The video starts with vocalist Keys playing a lead part on cello and then charging into an a cappella belt of the song’s chorus. After Keys plays the cello lead a few more times through, he camera pans to the right and we see that emcee RB Banks is sitting to Keys’ left. RB starts freestyling passionately before handing off the cypher to Sterling Duns, who dives into the rap from the song’s original recording. Duns passes off the rap to Rick Banks, who also freestyles his way through a new verse. Finally, the cypher is passed back to Keys, who sings the hook once again. Watch the video below, and check out the original song as well.