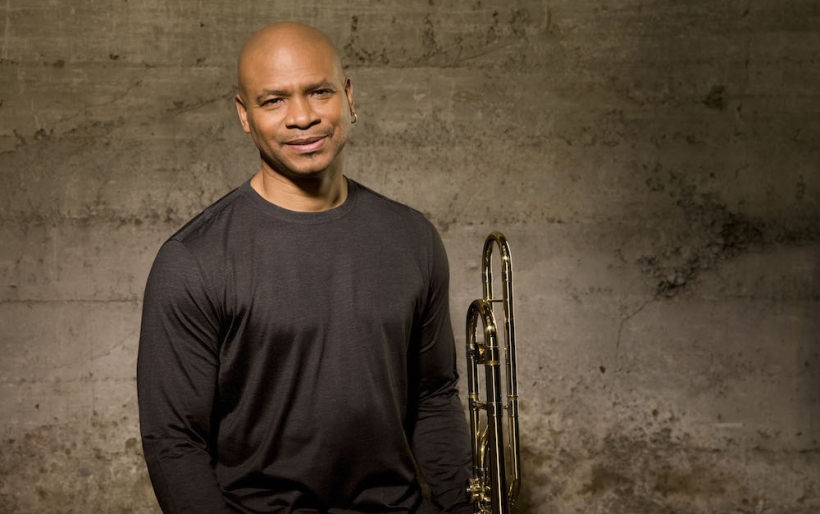 Robin Eubanks | Photo by Walt Denson | courtesy of the artist

He’s been a recording artist since the 70s and has performed with some of the best musicians around the globe, from Stevie Wonder to The Tonight Show, but Robin Eubanks has roots right here in Philadelphia. The trombone-playing oldest of the famed Eubanks brothers sat down with NPR’s Weekend Edition recently to talk about how he got his start playing his instrument, and how he continues to push boundaries and forge new paths with it.

Two words: electric trombone. His recent use of delay pedals and spacey sounds has NPR’s Scott Simon calling him “Hendrix on a Horn” and he speaks about his his unconventional approach:

I grew up listening to a lot of rock and funk music as a kid. But I had a trombone, and I was curious as to how I could get my trombone to fit in.

Currently, Eubanks is leaning a bit more traditional, and just released a record of big band recordings called MoreThan Meets the Ear. He discusses how recording songs with such a huge scope differs from recording with a trio. Listen to the interview in full below.