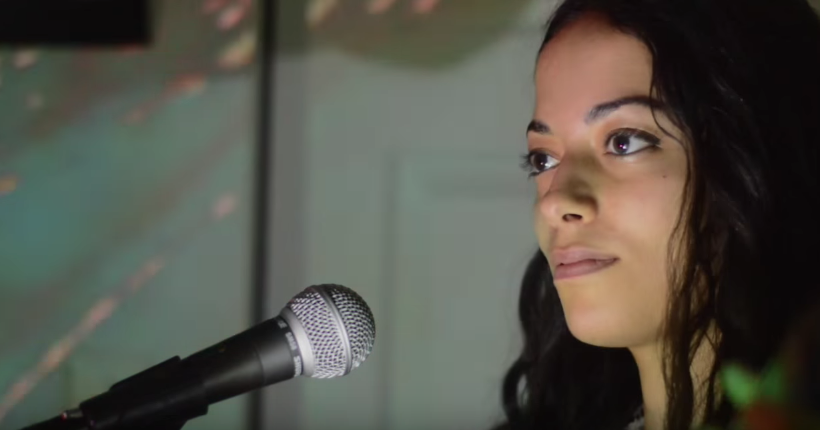 Watch Little Strike perform “Whose Side” for her Random Tea Session

If you’ve ever met her, you know that Philly’s Tamar Dart – Little Strike – has an infectiously positive personality and a great outlook on life. I think it’s because she looks to see the world from not only her own perspective but also mine and yours and everybody’s; she gets that life is not binary and there are a lot of truths in our collective day-to-day. As I mentioned in Little Strike’s Key Studio Session, Dart has traveled a lot – perhaps this outlook comes from the travel, or perhaps the urge to travel is fueled by this outlook.

In any case, she has a great song called “Whose Side” that takes a more somber tone recognizing the fallacy in either-or conflict that plagues us on a myriad of levels: “It’s a zero sum game,” she sings. “We all stand to lose someday.”

This week, Dart performed the song for the Random Tea Sessions, backed by colorful psychedelic projections. Watch the video below, download its Key Studio Session rendition and catch Dart in one of her final Philly appearances before her next excursion (two months in Ecuador): tonight she’ll be at PhilaMOCA opening for Bakithi Kumalo, next Thursday December 10th she performs at Ortlieb’s and on Saturday, December 12th, she’s throwing a music video shoot / pizza party (seriously) at A-Space Community Center in West Philadelphia.