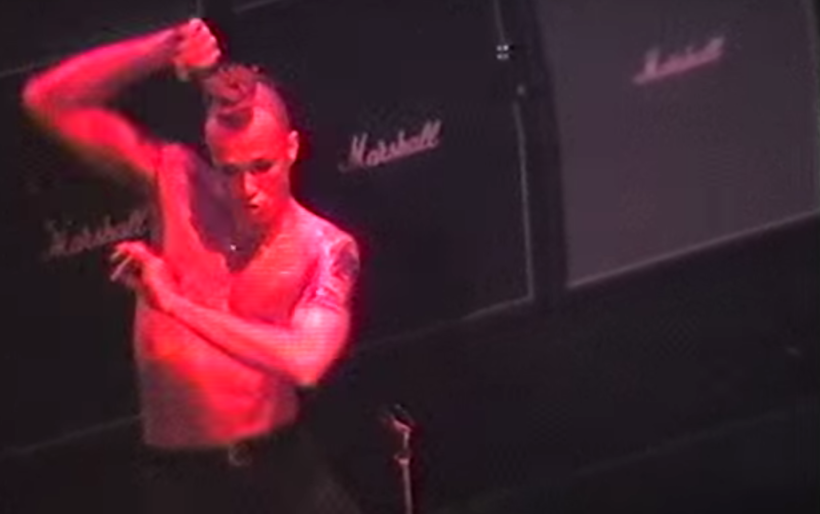 If you’re a music fan of a certain age, your Facebook feed was probably aflurry today with news and remembrances of Scott Weiland, who died last night at age 48.

Weiland was a fascinating but troubled figure in modern rock. His struggles with drug addition made the road a rocky one for both Stone Temple Pilots (the band he founded with San Diego friends in the late 80s) and Velvet Revolver (his aughties supergroup featuring former members of Guns N’ Roses). The hyper-masculinity of his music was often read as misogyny, and in a handful of early interviews he found himself defending STP’s breakout 1992 hit “Sex Type Thing” – a song narrated so unsettlingly from the perspective of a rapist that its anti-rape message was not clear for everyone listening.

But there’s another way to remember Weiland, and that’s as a dynamic frontman. When he took to the stage, particularly in STP, his troubles were behind him: there was the spotlight, the screams of the crowd and a wiry, energetic man with a microphone who worked them into a frenzy. His deep voice boomed with the best of the grunge era vocalists. He slinked and bobbed between working the front row one moment and grooving alongside Dean DeLeo’s Marshall stacks the next. His moves embodied the flamboyant charisma of Mick Jagger and Freddy Mercury: something that was defiantly against the grain in the dejected, introverted 90s.

Jim McGuinn of Minneapolis public radio station The Current witnessed Weiland’s rise to stardom here in Philadelphia while working as program director of Y100, and published a thoughtful remembrance:

But what is surprising for me today comes by going back and listening to the music: The melodies, the lyrics with their vague and elliptical nature, the crunching hard rock that inspired a million kids to run out to Guitar Center and form their own bands — it proves STP were one of the great bands of the ’90s. The songs and Weiland’s vocal performances totally hold up. And there’s a reason why neither the DeLeos nor Weiland were able to duplicate their success without each other: Like most great rock bands, it was their combined talent (along with the times) that gave them their success.

I’m thinking of the Scott Weiland I saw perform in the early days — rail thin, shirtless, leather pants, slithering around the stage, singing into a megaphone for effect, and commanding our full attention from the moment he walked onstage.

To get a taste of that experience, we found this YouTube video of STP rocking legendary South Philly arena The Spectrum in 2000 care of YouTube user markit aneight (fka Pilgrim’s Progress, one of our favorite Philly area live music documentarians). It was the tour in support of No. 4, and in it we hear faves from that album like “Down” and “Sour Girl,” the infectious “Trippin’ On A Hole in a Paper Heart” from Tiny Music: Songs from the Vatican Gift Shop, and a heaping of jams from their early-90s classics Purple and Core.

Watch the video and follow along in the setlist below, and revisit 1994’s Purple in its entirety. For me, that album is a front-to-back solid set and captures not only Weiland at his best, but in many ways embodies the peak of the alternative rock era.