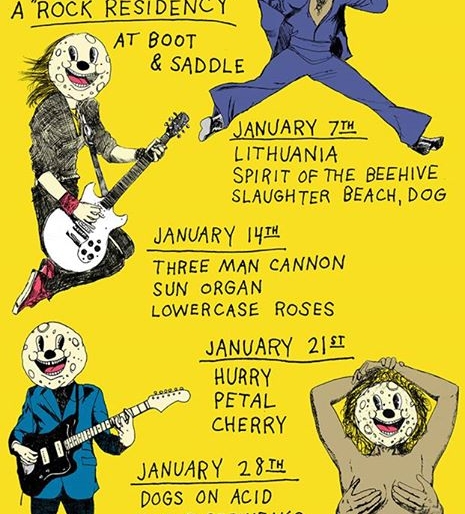 courtesy of the artist

Local independent record label Lame-O Records (Modern Baseball, Year of Glad) is taking over Boot & Saddle in January for a so-called “Rock Residency” that is to feature four shows over the course of the month. Taking place every Thursday night, the shows feature a formidable lineup of Philly bands including Lame-O artists Lithuania, Three Man Cannon, and Lowercase Roses. The lineups also include a number of groups not on the Lame-O Label like Key Studio Session alums Petal and Thin Lips.

Check out the lineup for each week’s show below. Tickets are $8 day of, but you can grab them for $5 in advance here.

Spirit of the Beehive 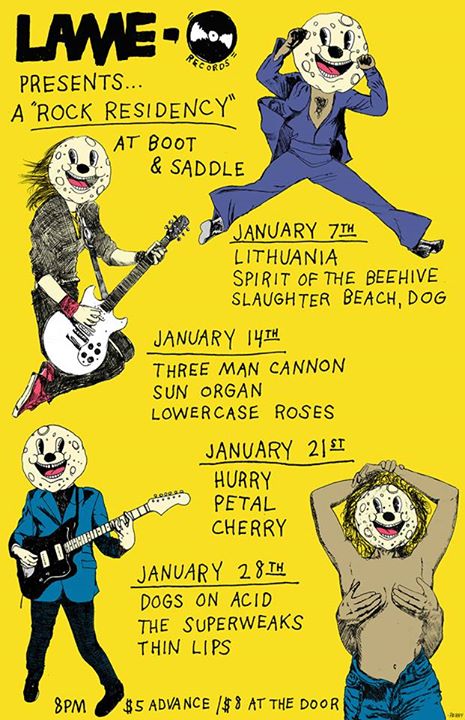