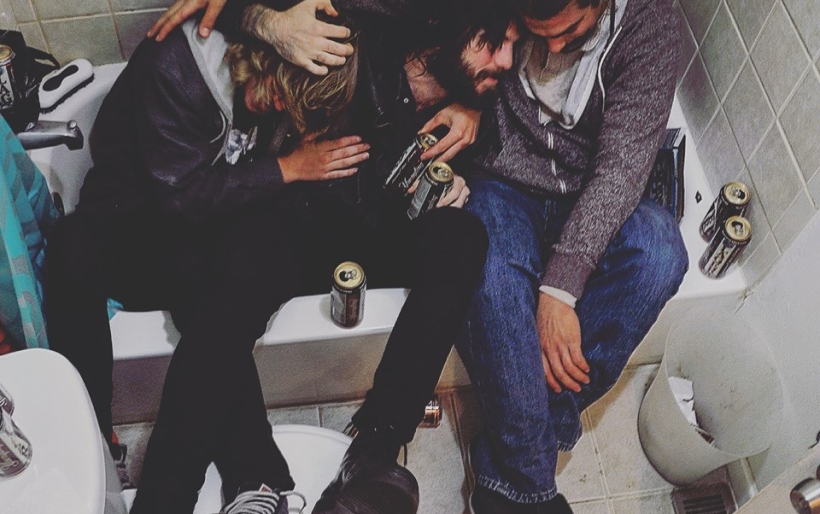 The Retinas | photo by Ashley Cordoba | courtesy of the artist

When we asked them for some background information on their new song “Feel Alright,” The Retinas told us their goal is to record and release as much new music as possible, as often as they can. They’re off to a good start, as this single comes just a week after their Got Smokes EP, which came just a month after their “Love Is Ridicule” single, which… you get the picture.

Born in Cheltenham, PA and now based in the city proper, the indie rock four-piece returned to Kawasi Sound Studios in Wyncote, home of their debut LP Hello… My Name is The Retinas, to record their latest batch of songs. “Feel Alright” is a strong stand-alone track, with a relentless, fun energy right out of the gate. Guitarist Tom McHugh points out its Johnny Cash rhythms and California surf punk swagger, but its the sense that the song is being played in a garage or tiny, packed basement surrounded by friends that makes it so endearing. From McHugh:

“Feel Alright” is an ode to conversations that generally point in the direction of whats going wrong in someones life because generally people focus on the negative things around them rather then the positive and it also expresses a sarcastic impatience with this mentality.

The Retinas play The Nest this Friday; more information can be found on the Facebook event page here. Listen to the premiere of “Feel Alright” below and read an interview with the band here.