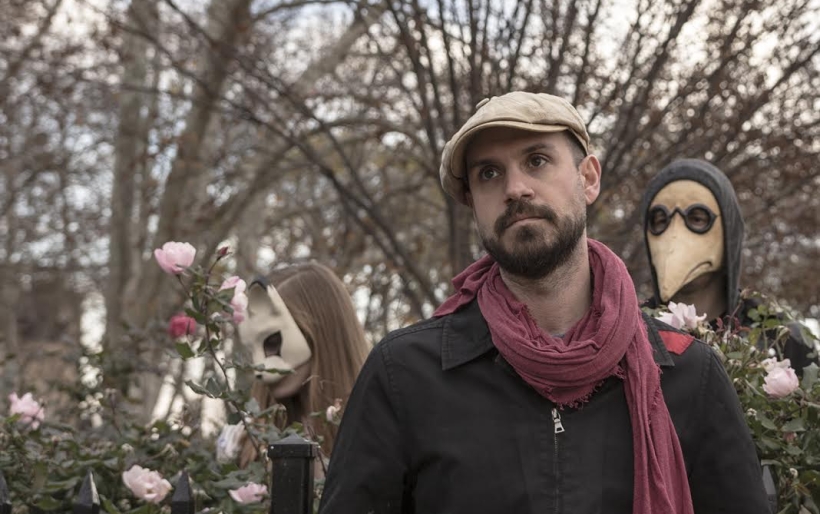 American Babies | Photo by Skylar Carfi | courtesy of the artist

American Babies bridge the worlds of psychedelia, Americana and indie-rock. They take their genre-changing attitude from frontman and main creative force, Philly-native Tom Hamilton, and are also set to release their fourth studio album this March. Today we are happy to premiere the album’s first single, “Synth Driver.”

The single comes from An Epic Battle Between Light and Dark – due out March 18 via Royal Potato Family. It’s a long, winding track, containing moments of both comfort and exploration for Hamilton and company. Swirling, airy guitars are held tightly together by driving synths and a sturdy, rigid drum and bass line. Springsteen and War On Drugs influences are evident from the start but Hamilton is also able to inject enough of his own heart and soul into the record to make it fully his own, and says that the single is very much a preview of the album as a whole:

“‘Synth Driver’ was the first song we finished musically, and the last song we finished lyrically. The feel, space, and tonal palette were all exactly what we were looking for, so we used it as the sonic roadmap for the rest of the record. I knew from the get-go that I wanted it to be the song to open the album so once we had the lyrics and subject matter written for all of the other tracks, we were able to circle back and tie a nice bow around it, lyrically. I love this fucking song.”

Hamilton also described how the album, which was recorded here in Philly at Lorelei Studio, delves deeper into his emotional state than any of his previous works. “The end result is a record that explores the battles that we also face between our angels and devils, the light and dark within us. I think these songs have the capacity to move people in a profound way, which is all you can hope to do as an artist,” says Hamilton.

You can give “Synth Driver” a listen below and see the band live at The Ardmore Music Hall on December 26. Tickets and more information on the show can be found at the XPN Concert Calendar.