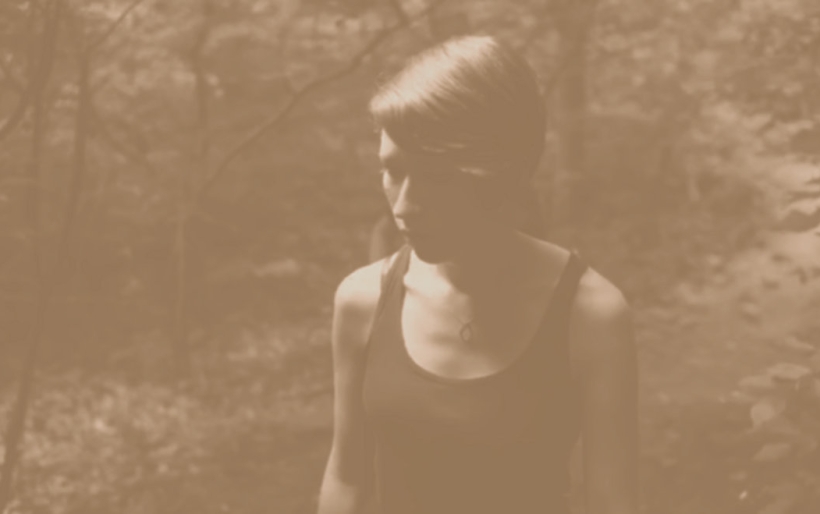 Year-End Mania is the Key’s annual survey of the things below the surface that made 2015 incredible. To kick off the series, Key editor John Vettese recaps five of his favorite Philadelphia music discoveries from the past 12 months.

You know it’s been a solid year of Philly music when squeezing it into a list of five feels like an injustice. True, I review the scene every year at the start of our #YearEndMania series, and yes, it’s almost always an “incomplete” list. But this year in particular, it could have handily been fifteen or twenty discoveries instead of merely five, and reeling the number in today was totally a challenge.

Some general observations: Philadelphia had a higher-profile musical year than ever before. A slate of solid releases emerged from the 215, from the amazing Painted Shut from Hop Along, which topped our critics’ poll yesterday, to Kurt Vile’s dreamy latest b’lieve i’m goin’ down; heavy rock and roll by The Districts and an ace live album from Dr. Dog; a hotly anticipated return from Meek Mill (hopefully that Drake beef didn’t do too much damage to his rep); timeless offerings from Jazmine Sullivan and Jill Scott; and so much more. Then there was the amount of attention Philly recieved from the outside world, including Stereogum’s scene report in June – it got a mixed reception in musician circles, but it was nonetheless cool to see those guys watching us from afar. We also saw increased coverage of Philly musicians in Impose, Noisey and Brooklyn Vegan, all the way up to Rolling Stone (which freakin’ loves them some Alex G.).

It’s all exciting stuff, but those artists I mentioned are doubtless very familiar to our regular readers at this point. With this in mind, I set my sights back to January to remember the names and faces that were pretty much new to me over the course of the year, or new-ish but making a big impression. Looking over the five, my listening habits were clearly eclectic but notably on the downbeat side. But don’t cast this crop of emerging musicians as mellowed-out, maaan – they may be quiet on the surface, but each works on a very nuanced level, delivering intoxicating tones and intricate textures that teeter on the verge of exploding. In many cases, that’s what they ultimately do, in a sonic sense, and next year I’m hoping to see some of these artists explode in that other cool kinda musical way: their profile. Let’s dig in.

1. Chelsea Sue Allen– This Chester County singer and songwriter has been making the rounds for a couple years now, collaborating with Joshua Britton of Psalmships and recording a striking Folkadelphia session in summer of 2014. But the new Lonely Ages LP, released this fall, sounds like a freaking arrival. Spacious production underscores Allen’s gripping voice, which recalls Laura Marling as easily as Beach House’s Victoria Legrand. Like both those artists, Allen smartly crafts a breathless ambience around her songs: “Creeks and Moans” is invigorating as it builds and burns, while the hypnotic “Rapunzel (Love Song)” wraps around you like a warm blanket. Throughout Lonely Ages, her words outline the nervousness and uncertainty of the human condition with candor and grace. She’s been embraced strongly by the regional folk community, gigging at Connie’s Ric Rac and Burlap and Bean; this is the album where Chelsea Sue Allen should be embraced by music lovers at large, in Philadelphia and beyond.

2. Friendship– Relocated to Kensington from the rocky coast of Maine, Dan Wriggins and his cohorts in Friendship bring a wry humor and contemplative sensibility to their spin on roots rock. At times, the band’s outstanding debut LP You’re Going To Have to Trust Me (one of my top records of the year) operates in the same meditative zone as Allen, especially “You’re A Natural,” and a double bill with both these artists would absolutely crush it / elicit open weeping from the crowd as they sit crosslegged on the floor. No, wait, maybe that’s just me. In any case, Friendship can just as easily switch gears into the Marshall stack overdrive of Jason Molina and Neil Young’s Crazy Horse, as we hear on the refrain of “The New Normal.” “We both know what freedom looks like,” sings Wriggins. “Everybody knows that.” And though his narrative is often filled with junkies and drifters and curiously coupled characters with vague backgrounds and equally dubious destinations, it’s not difficult to see a little bit of ourselves reflected, particularly on the whimsical and taxonomic “When You Put It That Way.”

3. Harrowgrove– New Jersey producer / singer / songwriter / guitarist C.J. Davis and his project Harrowgrove popped on my radar this spring ahead of a random gig at The Fire. The track that caught my ear was “.12,” a pulsing rocker with a nervy Nine Inch Nails undercurrent to it, but by the time his LP Holy Broken Free Spirit dropped in September, Davis’ sound had transformed like a dozen times over. In addition to that initial alt-industrial tension, we also notice the sleek charisma of Drake – not talking “Hotline Bling” Drake here, more like the moody Drake of “6 God” and “Know Yourself.” But amid that hard-hittingness, it’s clear Davis has a predilection for sophisticated, forward-thinking pop that puts Harrowgrove squarely in the same neighborhood as The Weeknd, particularly on “Add It Up” and “The City’s Song Pt. 2” – the latter of which might be one of the most beautiful renderings of rock-bottom desperation I’ve heard this year. I guess if Davis ever wanted to pack up Harrowgrove and move to Toronto, he’d totally fit up in The 6, but we’re lucky to have him in our backyard. Now if he’d just play live a little bit more!

4. Joie Kathos– This Philly hiphop luminary has been on the grind since she was a teenager, studying dance at CAPA, making waves in New York and New Haven but firmly keeping herself tied to the local community as a mentor, teacher and activist. This year’s Floaters EP is equal parts Kathos the party-rocker and Kathos the socially conscious philosopher, and she addresses tough topics like neighborhood inequity (“No Streets Peace”) and the #BlackLivesMatter movement (“Faded”) over beats that are impossible not to groove to. We were super pleased to have Kathos join us for a RECPhilly-curated Key Studio Session earlier this fall, and Floaters is still available as a free download at Bandcamp – I suggest you get yourself a copy and catch her performing the next available opportunity.

5.  Kississippi– Shoutouts to Key Contributor Skye Leppo for being super, super ahead of the curve on this one. When she came to me back in the winter with an idea for a feature on Philly indie duo Kississippi, I was into the story but not quite sure what to make of their music: the songs on Kississippi’s Bandcamp were haunting, but super homemade and lo-fi in an introverted K Records kind of way. But Leppo heard the potential that was bubbling under the surface, and this fall Kississippi made good on that promise with We Have No Future, We’re All Doomed, their debut EP on Soft Speak Records. It’s a stunner, evoking The Sundays and Mirah in its aching melodic melancholia, but also Death Cab and Bedhead in their knack for building up songs in rhythm and instrumentation until the crescendo just slays. This was one of those bands that got a fair share of national press by year’s end, and we’re psyched to see where their path leads in 2016.