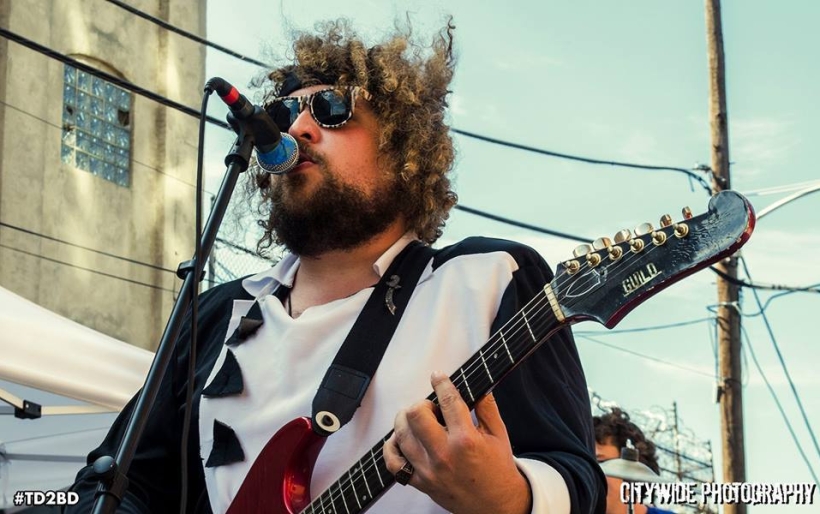 Langor | Photo by Cassie Rose Kobeski-Schlittler | courtesy of the artist

Two years ago, someone was dumb enough to break up with the great Brian Langan of Langor, Needle Points, and a handful of other local rock bands, The Swims included.

And it was Christmas. What a terrible thing.

But instead of huddling in his cold (but cozy!) Brandywine street apartment alone, or crying, or drinking too much, he wrote a song.

Full disclosure: I’m a little biased here. As former manager of Brian’s band Needle Points (which, to him, meant I was supposed to bring him orange juice when he was hungover), I have a personal tie with this supremely talented human being. But anyway, listen to this song—rightfully called “Set me Free for Christmas”—and be your own judge about how talented he is, even when he’s sad sacking about some silly girl who didn’t deserve him in the first place.

The Key: Explain “Set Me Free For Christmas” in five words or less.

BL: I wasn’t working all that much, just came off of a breakup and was just feeling overall lousy about Christmas that year.  Summersteps Records asked me if I would like to record a Christmas single about a month before Christmas. Needle Points was my main focus and wasn’t really writing Langor songs, but I have a hard time saying no and I like writing Christmas songs so I said yes.

TK: What was it inspired by?

BL: I think everyone misses the people that they miss the most around the holidays. I was thinking of someone from my past that I still spoke to regularly at the time. She was dating this complete clown then and I was just picturing him at her family’s Christmas, hanging with our old cats and having her Mom’s ham, etc. I honestly don’t care about ham all that much, but her mother made a splendid ham. I’m normally a huge “Christmas Person,” but I just couldn’t get into the mood and was frustrated that I still got sad. So lame.

TK: Lame, but understandable! You mentioned the lyrics are “slightly embarrassing,” can you explain why that is?

BL: I mean, it’s called “Set Me Free For Christmas!” What a weiner! It was such a last minute thing and it takes me forever to write lyrics. I think at the time I was like, “It’s a Christmas song, it’s ok if it’s cheesy,” and also it’s not all that Christmas-sy

TK: When you first revisited this song this year, did you want to change anything? Do you think it’s important to keep it the same?

BL: Well, I definitely wish I had better lyrics, but I’m happy with everything else. I’ve thought of just changing the lyrics so it’s not a Christmas tune, but I’m trying to teach myself that not every song is so precious. I’ll have more, better ideas, so it’s okay to just move on.

TK: Certainly. When you wrote this song, did you have any idea that you’d kind of lose it in the Internet abyss, or did you think this would be something you’d hold on to?

BL: I knew it’d be a digital-only release with no video, so I assumed it would sort of get lost in a pile of crumpled up wrapping paper, like a gift card your aunt got you to a chain restaurant that doesn’t exist in your area.

TK: What do you hope someone would get out of listening to this, specially this time of year?

BL: I guess it’s pretty relatable. Everyone misses someone at Christmas. The feeling that your ex is dating a moron now is a pretty common thing.