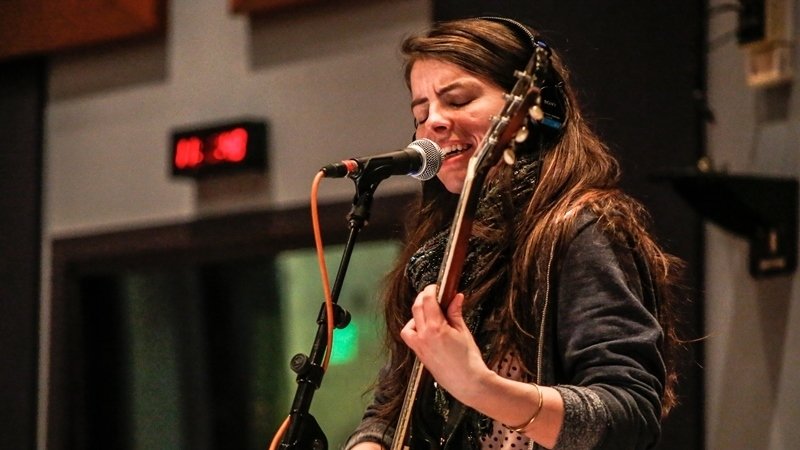 Hop Along | Photo by Kelsey Stanger for WXPN

The Key’s Year-End Mania: Watch the 5 most popular World Cafe videos of the year

Year-End Mania is the Key’s annual survey of the things below the surface that made 2015 incredible. Today, XPN Program director Bruce Warren recaps five standout videos from the World Cafe YouTube channel.

Over two hundred bands were featured on World Cafe this year, many of whom have been featured on the show’s YouTube channel. Dawes, Hop Along, The Milk Carton Kids, Father John Misty and Kamasi Washington were the top five most-viewed performances of the year, with many more including Brandi Carlile, Josh Ritter, Son Little, George Ezra, Joss Stone and Mac DeMarco all delivering incredible performances.

Hop Along perform “Waitress” for a World Cafe on May 19, 2015. Listen to the full session below.

Father John Misty performs “When You’re Smiling and Astride Me,” recorded during WXPN’s Free At Noon for a World Cafe session in February, 2015. Listen to the full session here.

Kamasi Washington performs “Leroy and Lanisha” recorded for World Cafe during a live radio broadcast on WXPN on August 27th. Listen to the full session here.

The Milk Carton Kids perform “Monterey” during a World Cafe session on April 13th. Listen to the full session here.