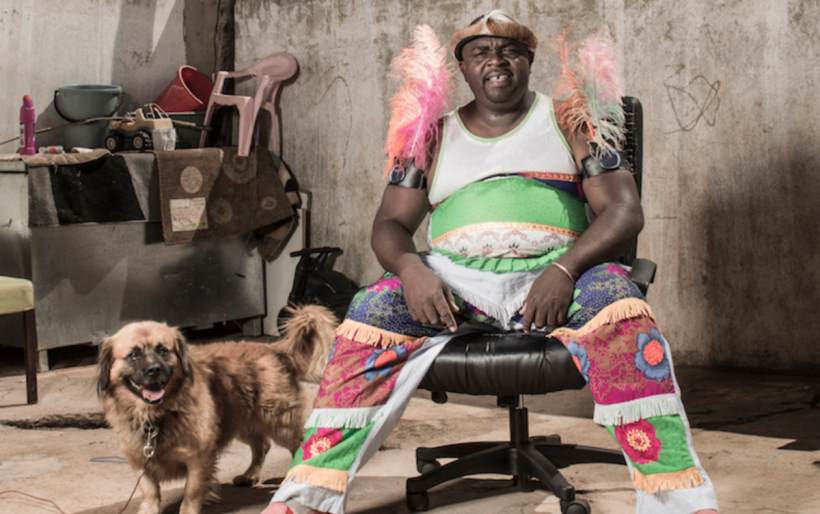 Nozinja | courtesy of the artist

Year-End Mania is the Key’s annual survey of the things below the surface that made 2015 incredible. Today, Key contributor K. Ross Hoffman travels down the electronic music rabbit hole of 2015.

While electronic music is often glibly, unjustly derided for a supposed lack of humanity and emotion, it does, admittedly, have an unfortunate tendency toward self-seriousness, whether in the form of broodingly cerebral techno tastemakers or the pseudo-spiritual big-room scenester-hedonists. So it’s always nice to have some playfully outsized personalities on hand, keeping things in balance. Here are some of the wily and irreverent characters who helped keep electronica lively and unpredictable in 2015.

With that trollish moniker and corresponding thematic record titles (Buy Now and Sold Out both dropped in 2015), plus his penchant for stunts like flash-releasing thirty tracks of Drake edits, this Berlin-based affiliate of footwork’s premier Teklife crew, who prefers to shroud his identity in cyber-mystery (and/or Teklife T-shirts) can be, understandably, a bit hard to take seriously. Which is fair enough. Footwork is an eminently bonkers genre to begin with, but Paypal somehow manages to stretch it even further out, doubling down on the genre’s anything-goes approach to sample sourcing – his Brainfeeder debut LP stutter-splices everything from gospel-tinged R&B and tasty be-bop horn lines to baile funk, tribal-sounding chants and fluttery vaporwave synths – and often extending his tracks several minutes beyond the average footwork joint via an impish, surprisingly melodic compositional sense.

Baltimore-bred global citizen, underground house titan and veteran eccentric Maurice Fulton always seems to be having plenty of fun no matter what moniker he’s currently sporting (and he’s had many: Syclops, Eddie and the Eggs, Ladyvipb, Dr. Scratch…), but the vaguely jazzy, florally-oriented Boof (which, just to be clear, far predates Beyoncé’s “Countdown”) is certainly no exception. This year’s long-player The Hydrangeas Whisper – naturally enough, there’s a chrysanthemum on the cover – is a pleasurably befuddling concoction of dappled deep house, murky ambience and less-categorizable diversions (like “Emi’s M”’s almost-faithful interpolation of Brubeck’s “Take Five”…in six), punctuated by bursts of kitchen-sink percussion and meandering keyboard noodling, all anchored by lighthearted but still dependably righteous disco-funk grooves, including the sterling bongos’n’clavinets strut of “Birgit Boogie.”

In a sneaky way, it’s possible that nobody did more in 2015 to push electronic dance music toward its unknowable global future than the Soweto-based former mobile phone repair shop owner Richard Mthetwa, who is also essentially the single-handed inventor of the blindingly fast, cheap, out-of-control hybrid style known as Shangaan electro. Landing a full-length debut LP on big-deal electronic label Warp is one thing, but what’s all the more remarkable is how vividly varied he managed to make the thing. There are plenty of the marimbas, MIDI flutes, trebly chirps and breakneck BPMs that dominated 2010’s introductory Shangaan Electro compilation, but Nozjinja Lodge is far from a one-note genre exercise: fleshed out with soulful vocals and rhythmic echoes of everything from calypso to footwork to Eurodisco, it presents Mthetwa as a manically exuberant cousin to polymathic sample-slingers like Javelin and his fellow South Africans John Wizards – also, perhaps, a little like Nigerian synth-funk pioneer William Onyeabor gone chiptune. Maybe most impressively, the album is every bit as sonically colorful as its eye-popping, vintage-M.I.A.-styled cover art.

Long the de facto clown prince of Germany’s minimal house mafia, Steven Kozalla’s inimitable and widely beloved whimsicality stems from a place of tenderness, earnest sentiment and simple human unpredictability at least as much as from his dependably sly humor. So while his triumphant entry in K7’s DJ-Kicks series – the 50th installment! – came with its share of overt yuks (beginning with its ebullient, vocally-mangled “Hi, freaks!” introductory address), there was a much deeper, subtler, comforting sort of strangeness in the mix’s sweetly woozy bricolage of left-field hip-hop, retro-leaning chamber pop, soft-focus soul-funk and William Shatner; a feeling that was also evident in the two widely divergent halves of Koze’s typically warm and weird “XTC/Knee on Belly” single.

In 2013 he was an enigmatic, out-of-nowhere one-hit mind-boggler. In 2014 he was the most visible exponent of year’s most exciting, outrageous and divisive musical trend/provocation. In 2015, while only barely notching up his piddling singles-per-year rate (from one to two), this rascally redheaded Londoner skirted precariously close to overexposure – at least, among the tiny fraction of humans who’ve even heard of him – plying his signature slippery-spastic bubble-pop perversions for an impressive array of production clients (from queer rapper Le1f to J-pop star Namie Amuro to Charli XCX to freaking Madonna) and capping off his career-to-date with a cheekily conceptual singles compilation-cum-biomorphic sex toy, PRODUCT. As with his “bubblegum bass” compatriots in the PC Music #squad – who orchestrated an analogous victory lap/calling card this spring with the delirious, perfectly executed PC Music Volume 1 – it’s gotten difficult to find any discussion of Sophie’s output that’s not overwhelmed by handwringing over its supposedly ironic meta-commentary on pop, consumerism and vapidity – but there’s so much more to be gained from just sliding in and enjoying it for what it is: a warped, hyper-concentrated refraction of what makes pop music so exhilarating in the first place