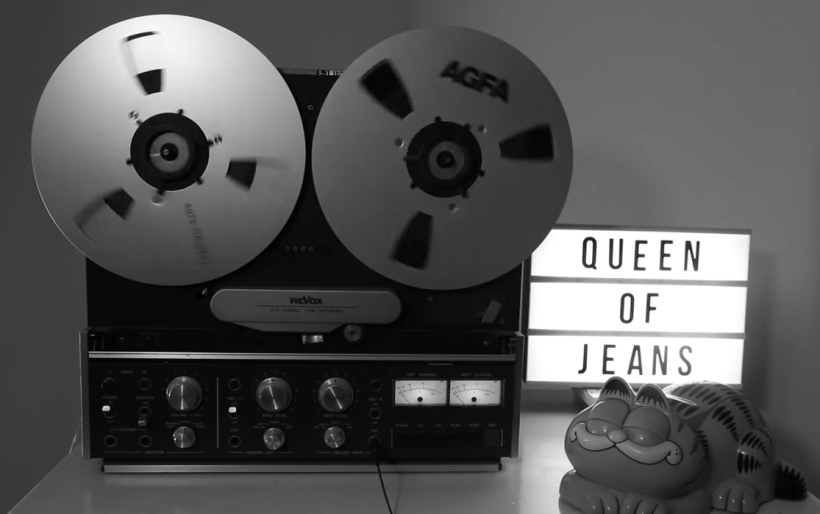 From Queen of Jeans’ “Dance (Get Off Your Ass)” video

Watch Queen of Jeans’ “Dance (Get Off Your Ass)” video

Let’s just call it month of Queen of Jeans around here. After wowing us yesterday with their SwellTone session, the Philly punk / pop four-piece just released the official music video for their infectious debut single, “Dance (Get Off Your Ass).”

Directed by Luke Barham of UK label Super Fan 99 (which is putting out a vinyl edition of the band’s self-titled EP this Friday), the video features dancer Emma-Jane Hindsdoing as the song instructs her in a municipal crosswalk after listening to the song on a vintage reel-to-reel tape player.

Give it a watch below, and make sure Queen of Jeans is on your January calendar. They’ll perform on the Key Studio Sessions on WXPN Tuesday, January 19th; they’ll play the Red Bull Sound Select show curated by JUMP Mag on January 21st; and they headline Kung Fu Necktie on January 30th for their EP release party. Info on the two gigs can be found at the XPN Concert Calendar.