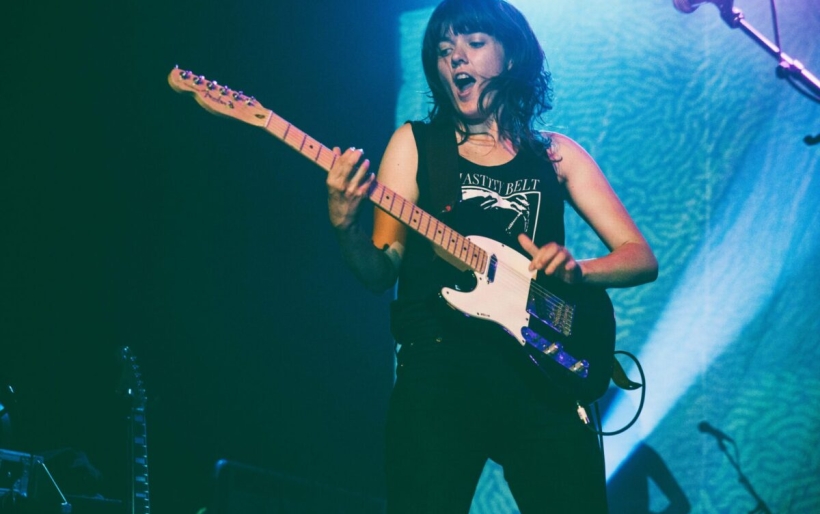 Courtney Barnett’s melancholic pop tune “Depreston” works in levels. The quiet standout on last year’s Sometimes I Sit and Think and Sometimes I Just Sit, set in the Melbourne suburb of Preston, was inspired by a house-hunting trip  with her partner Jen Cloher. It’s also about mortality.

On the latest episode of the Song Exploder podcast, Barnett breaks down the song, which she says came to her in the car ride home.

On the podcast, she share that she was trying to teach myself a Go-Betweens song, “Streets of Your Town,” and the riff for “Depreston” borne out of that chord progression and those melodies. She says the lyrics, which often take her months to perfect, came to her immediately after this trip.

That house-hunting experience, I feel very intrusive going into homes, looking at stuff on the shelf. You’re supposed to be looking at the room size or whatever, but I look at their record collection and the books on their shelves. You instantly paint a picture of the person who was there. But this one was different because it was a lady who had passed away, but her stuff was still in there, and it was an extra layer of intruding.

The song’s poignant coda – “If you’ve got a spare half a million / you could knock it down and start rebuilding” – is based on something the realtor actually said to her.

In the podcast, Barnett’s isolated vocal tracks are included as she tells the story behind the song. Later, as she discusses the recording process and instrumentation, we hear just the guitar lines and brushstroke drumbeats.

Listen to Courtney Barnett’s appearance on Song Exploder below, and stay tuned – we hear some rumblings that there may be some Barnett-related news to share with you very soon.