A brief history of the Thin White Duke in Philly 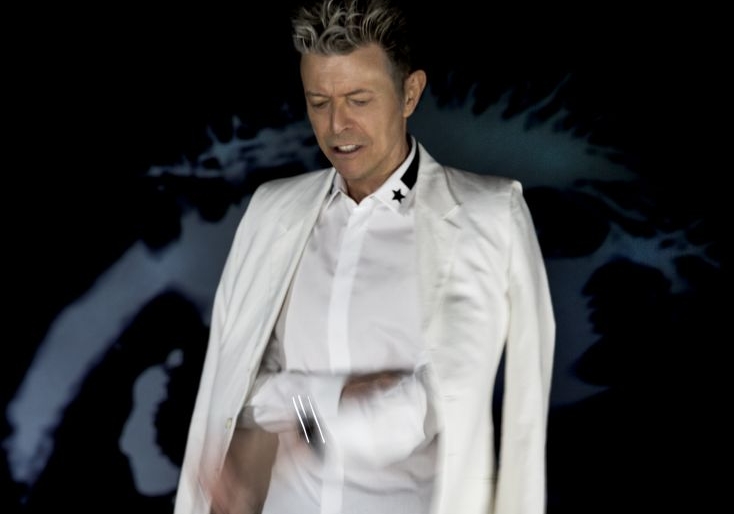 David Bowie | Photo by Jimmy King | courtesy of the artist

A brief history of the Thin White Duke in Philly

Update: 1/11/16 – While joyful that Bowie just celebrated his 69th birthday and released his new album, Blackstar, we are saddened and stunned with the news that he passed away after an 18 month battle with cancer this past Sunday.

Update: 1/12/16 – World Cafe pulled two studio sessions out of the archives in the wake of Bowie’s Death. You can now stream the complete sessions on NPR Music.

Philly and David Bowie have had a long standing love affair with each other since he recorded his classic Young Americans at Sigma Sound Studios back in August, 1974, and formed a strong bond with his local fan community – lovingly dubbed the “Sigma Kids.”

Bowie released his first live album, David Live, recorded at the Tower Theatre in the summer of 1974, opened the U.S. leg of his Glass Spiders tour at Veteran’s Stadium with two shows on July 30th and 31st in 1987, and played the Electric Factory in October, 1997, among countless other regional appearances.

Today, on Bowie’s 69th birthday, he releases his new album, Blackstar. It’s an artful and alluring set of songs reminiscent of his late 70s work on Station to Station and Low. For this occasion, we’re revisiting some of his Philly concert highlights from over the years.

Before you get to that, here’s a Philadelphia Weekly cover story about the Sigma Kids, as well as an Action News feature on the Glass Spiders tour from The Vet in 1987.

Here’s the video for the title track to Bowie’s new album, “Blackstar.”

Watch two performances of Bowie at the Wachovia Center in March, 2004 and one from 1997 at the Electric Factory.