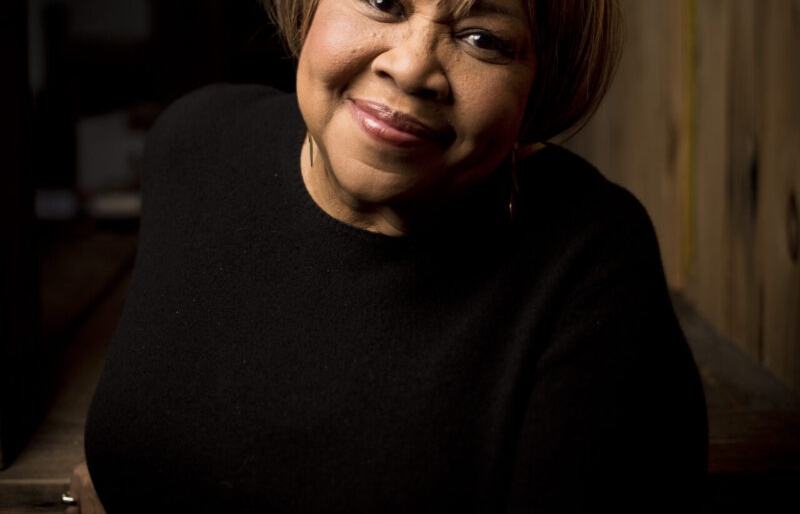 Legendary R&B singer Mavis Staples is releasing her new album, Livin’ On A High Note on February 19th. Produced by singer-songwriter M. Ward, who has a new solo album of his own coming out on March 4th, the Staples collection features Mavis singing songs written by an all-star cast of collaborators. Aside from M. Ward, High Note features songs by Neko Case, Justin Vernon, Nick Cave, Ben Harper, Tune-Yards, Aloe Blacc, Benjamin Booker, The Head and the Heart, and Philly’s Son Little.

At 76 years young, Staples shows no signs of slowing down. She began singing with her family group, The Staple Singers, in 1950, and since then has incorporated gospel, soul, folk, pop, R&B, blues, and rock into her music over the course of 14 solo albums.

On February 29th, the first feature documentary on the iconic singer, Mavis! will debut exclusively on HBO. She plays the Berks Jazz Festival in Reading on April 8th. Below, listen to bluesy and lyrically optimistic “High Note,” written for the album by Valerie June.