Listen to Lucius' new song "Madness," see them at Union Transfer in April - The Key 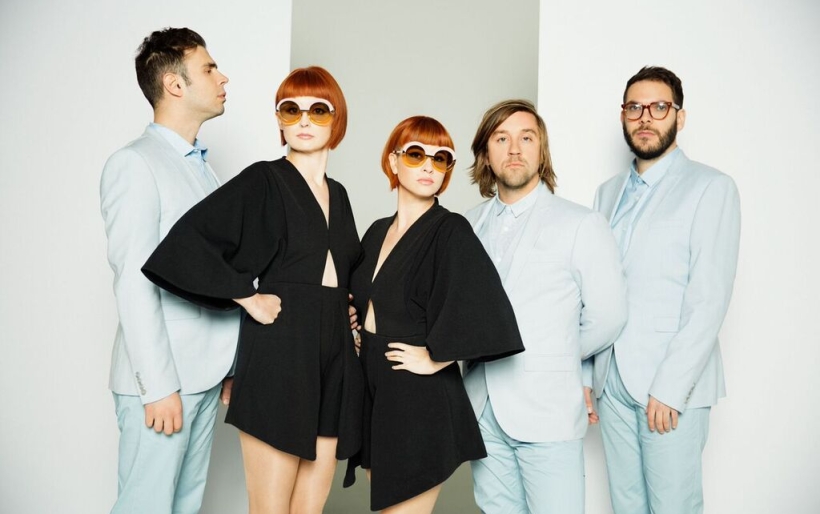 Lucius | Photo by Piper Ferguson | courtesy of the artist

Listen to Lucius’ new song “Madness,” see them at Union Transfer in April

Brooklyn art-pop five-piece Lucius returns this spring with a new album and tour, which wraps up with a headlining gig at Union Transfer in April.

The album is called Good Grief and the band worked on it with Shawn Everett, who also produced Alabama Shakes and Weezer. Vocalist Jess Wolfe in a statement says that the record is a reflection on being away from home for two years. “We had just returned from tour, having gone through such varied emotions—loneliness, sadness and exhaustion alongside excitement, fulfillment and some of the most joyful moments in our lives…Whenever one of us had an idea or a feeling, the other was already a witness to it and could help navigate through it—for the two of us, this usually came in song form.”

You can hear this a bit in “Madness,” with its lyrics about spinning in circles in search of answers, rendered in Wolfe’s powerful harmonies with co-frontwoman Holly Laessig, as well as the drivng and dynamic instrumental backing by Dan Molad, Peter Lalish and Andrew Burri.

Lucius headlines Union Transfer on April 2nd and tickets go on sale this Friday, January 15th; more information can be found at the XPN Concert Calendar. Good Grief is out March 11th via Mom and Pop. Listen to “Madness” below.