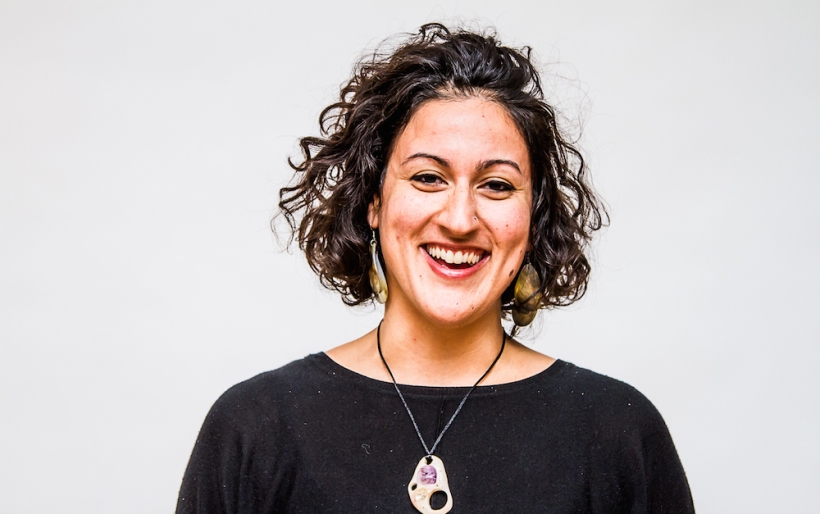 After six years writing and recording four albums, and playing over six-hundred shows together, The Underwater Sounds are parting ways. If that makes an interview with frontwoman Sonni Shine sound like a bit of a bittersweet epilogue, consider all that’s on the horizon for this reggae/soul/ska artist, as she teams up with so many other talented Philly musicians for new projects.

This Spring, it seems Sonni’s mellifluous vocals will be everywhere, lucky for us, on everything from a new EP from reggae crew Cultureal – executively produced, mixed and mastered by Phil Nicolo at Studio 4 – to a new collaboration with electronic-dub DJ goldenSpiral, “Eternal Life,” to a Sade tribute show at Bourbon and Branch on May 7th along with Zeek Burse and members of WorldTown. If that’s not enough, the singer says she looks forward to a project of her own as she lends her soulful voice to some independent material she’s been working on, music with more of, as she puts it, a “soul-folk/roots vibe.”

For now, The Underwater Sounds offer you a music video for “My Future.” The second installment of the band’s September 2015 release, Visions of Love and Light, will be available at their “Final Farewell” show at Underground Arts on Friday, February 5th, and all who attend will receive a download card. The Key: Philly native or transplant?

SS: I think as part of our program, I was a performer, so I immediately wanted to seek out the performing aspects of like being a Music Industry major. There was an open mic night at Drexel University called Late Night Series, I used to do that a lot, and that was like my foray into playing live in Philly.

TK: Where was your first show?

SS: I don’t know if I remember the first show I played in Philly! I had been playing in my hometown for many years before I moved [here], and I wondered if it was just a hometown thing or if I could actually translate this to Philly. And then I was really happy that I was able to, I brought my band here from Jersey…

TK: …was this the Underwater Sounds, or another band?

SS: No, we were a band called Infinite Detour, we were like a punk-ska-reggae band, and I brought them to Philly. And I was thinking about all the shows we used to play, and all those venues don’t exist anymore!

TK: Where were those?

SS: There was a venue called the Philafunk, on Preston Street, in between 40th and 41st on Market, and that was like a real hot-spot for all the Drexel Music Industry kids. And we played there, that’s like my earliest memory of playing live in Philly. And there was also Tritone, at 15th and South. Those are the really early memories.

TK: What do you remember from playing at Philafunk?

SS: It was mostly my buddies, from college, you know? I do remember immediately being received by the fellow bands, like immediately welcoming us. A couple bands we played with at those shows, I just remember, you know we had never played in Philly before, and like here we were, this Jersey band trying to get into the Philly scene, you know, and everyone was really receptive. That’s what I remember the most.

TK: Which Philly venue is your favorite to play, and why?

SS: Oh man.. there’s so many reasons why a venue is awesome. For me, as a geeky musician, I guess like, if the sound is really good at the venue, I love it. The Blockley was a favorite for other reasons – I thought the sound was always a little awkward in there at first, but as they went on with it they improved a lot on the sound. We played one of the first shows at The Blockley as the Underwater Sounds and I remember I was like this place is a tin can! But by the end, oh my god it sounded great in there. I like playing the World Cafe Live, upstairs, I thought that was fun. I also really like Silk City, playing there. TK: What do you love most about the arts in Philadelphia?

TK: What if anything do you find most frustrating or being an artist or trying to grow as an artist in Philadelphia?

SS: Well, yeah, so my thing that I find a little bit frustrating – I play reggae, I play soul, I play R&B, I play funk – I don’t know where the scene is for all that stuff. Like I know that there’s a huge indie scene in Philly. I know there’s a huge punk scene… I guess once The Blockley went away, I felt like where is the place for the local funk and the local reggae and the local R&B bands, you know? That’s kind of my one thing. I just always see people covering the punk scene and the garage scene and the rock scene, you know?

TK: Would you say that Silk City is the next best thing to The Blockley in terms of that?

SS: Yeah, I thought that, but like I’m thinking about this post that Mic Stew made recently online, and like it rang true to me because what The Blockley did – not to quote him, directly, but – you know, the thing about like nurturing the crowd that comes to see the shows that you have at your venue. And I think there’s other venues that do that well, but there are some venues that are like this modge-podge of random genres, and I’m not sure if that like really serves the community, you know? Because like people want community, they want a place they can go where they know, yeah I can go to this venue and always see these awesome kinds of things, and it can be a gathering for people to meet like-minded musicians. So, going along with the Silk City thing, yeah I think Silk City used to have that vibe, but now I don’t know, like I feel like there’s like a lot of electronic stuff going on there, so I’m like well do they still have live bands, I’m not sure, you know…

TK: I feel like The Khyber was kind of like that for awhile too but, now it doesn’t host bands…

SS: Yeah I was just thinking about The Khyber too, cause that was one of the first shows I played in Philly too. Like all these places are gone! I always feel like The Fire was a place where I could go and find freaks like me. SS: I lived in University City – you know, 33rd and Race in a dorm. Then I lived out at 38th and Lancaster, so West Philly, I lived for many years – I moved out to 49th and Hazel, 43rd and Baltimore. I loved West Philly, but when I was not a student anymore the students annoyed me [laughs]. When I was a student I thought it was awesome, but then when I wasn’t a student I was like gotta get out of here! Then I lived in south South Philly for awhile, like 11th and Snyder, still felt like it wasn’t much goin’ on, felt kind of out of place there. Then I lived at 16th and Reed, and I really liked it there. The Passyunk area was like really accessible, and on that west side of Broad, it felt like a lot more young people just like gettin’ by, you know? My kind of vibe. I went out to Manayunk for a little bit, didn’t like that. Now I’m in Mantua – well I guess now it’s like University City, but when I was going to Drexel I would’ve considered it Mantua – 32nd and Wallace.

TK: What’s your favorite way to get around the city – bike, walk SEPTA?

SS: I love SEPTA. I have a car now, so unfortunately I drive everywhere. In one way it’s a blessing to have a car, but then I realize I’m missing a lot of the city. There was so much good people-watching time, good reflecting time, you know? I don’t bike, that’s the part of me that’s not Philadelphian. I have bad luck with bikes. I don’t know how people do it.

TK: How have you seen the city change or evolve in the eight years that you’ve been here, and has it been for the better or worse?

SS: I have so much faith in Philly. I love Philly so much. What I’ve seen is areas really build up, the hip-factor of an area has skyrocketed, you know, like East Passyunk, that whole area. The booming of all these areas, you know, Fishtown and Northern Liberties. With that, I feel like this bittersweet feeling, because I feel that with “hipsterification” also comes things being more expensive, and things being less innocent, and that makes me feel a little worried. I don’t want Philly to become Austin, or like Manhattan. Keep Philly weird! 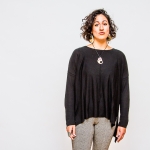 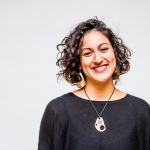 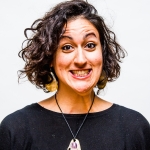 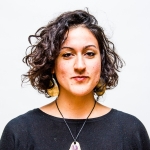 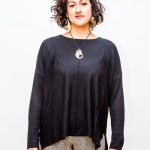 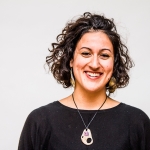 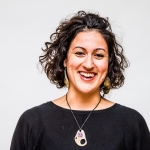 Sonni Shine and the Underwater Sounds plays its Final Farewell show with The Snails and RoseMary Fiki at Underground Arts on Friday, February 5th. Tickets and more information on the show can be found at the XPN Concert Calendar.