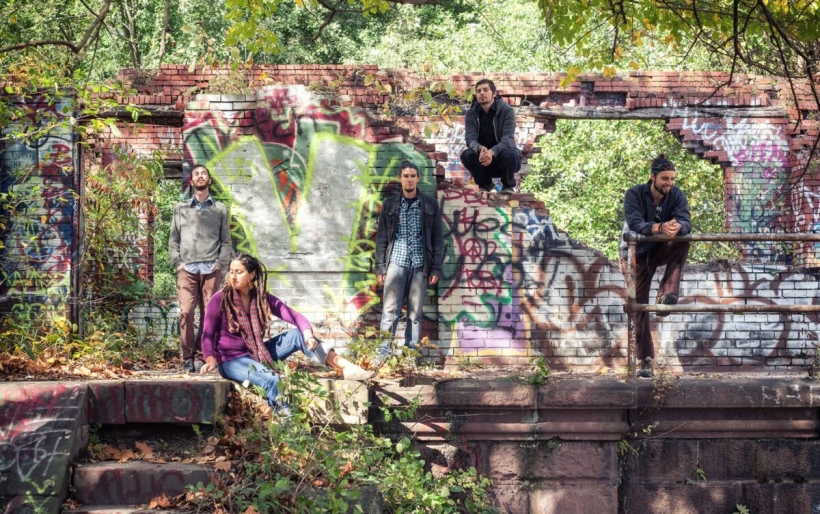 As we learned in the most recent High Key feature on Sonni Shine, The Underwater Sounds are calling it quits next month. For six years the reggae fusion outfit lifted spirits at over 600 shows and released several records, a run that culminates with February 5th’s farewell show / record release party for Visions of Love and Light pt. 2 at Underground Arts. For now, though, we have the premiere of “Joga,” a cover of Bjork’s song that has become a staple of The Underwater Sounds’ live show.

The live in-studio video was filmed By Kevin Shields at East Room Recording and shows the band doing what they do best. Reflecting on their experiences and this cover, drummer Sean Youngman shared the following thoughts with us:

“Major thanks to Carl Yost and Kevin Shields for working on this with us!  We really dig Bjork and wanted to preserve this cover for the ages.  While it makes me sad to see The Underwater Sounds put to rest, it’s exciting to know that any number of paths are waiting to be explored.  Visions of Love & Light Part 2 will be our final offering and marks the culmination of our unforgettable journey together.  THANK YOU to our friends and families for their unwavering support, all the bands we’ve been lucky enough to share the stage with, and everyone who ever booked us or came to see us!  Moving forward, the possibilities are endless.  Love & Light.”

Tickets and information for the 21+ record release / farewell show at Underground Arts with Rosemary Fiki Band and The Snails can be found here. Watch the video for “Joga” below.