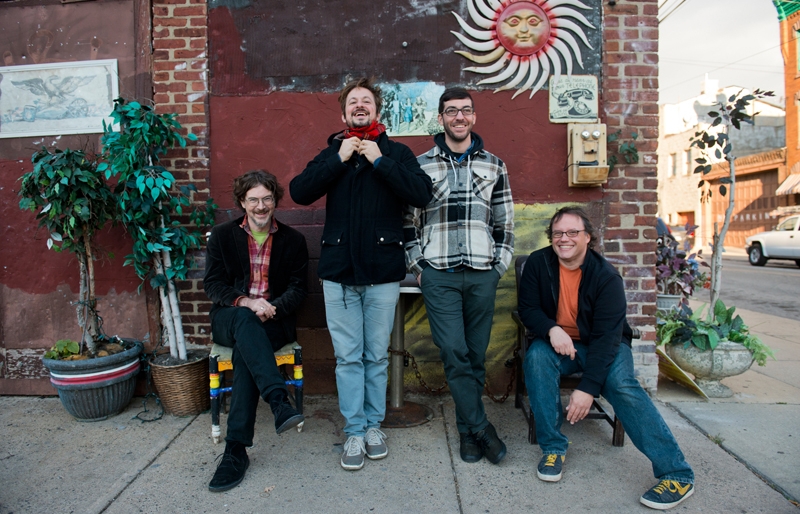 By Julie Miller
January 21, 2016
11:01 AM
Share
Chris Forsyth and the Solar Motel Band | photo by Kait Privatera | courtesy of the artist

Chris Forsyth‘s music has always been pretty cosmic in the sense that listening to his songs is like getting on the Magic School Bus with Ms Frizzle; you start out with only a general idea of where you’re headed but you know it will be a wild ride. The next trip starts with “High Castle Rock,” premiered this week by Pitchfork and taken from Forsyth’s forthcoming double LP The Rarity of Experience.

During his long and varied career, the Philadelphia guitarist-turned-bandleader has taken us on meditative, acid-rock-fueled inward journeys (Kenzo Deluxe) and third-eye-opening outward explorations (Paranoid Cat) but with his Solar Motel Band, the territory is “cosmic Americana” and all the 60s classic rock nostalgia that evokes. “High Castle Rock” is ten minutes long and fully expanded, filling every second with guitar riffs that are both pleasingly repetitive and subtly mutative. It’s a carefully composed movement of freeform jamming moments that would lend itself kindly to dancing, should you want to get the full experience.

Listen to “High Castle Rock” below and pick up tickets to the March 26th release show at PhilaMOCA here. The Rarity of Experience is out on March 3rd via No Quarter.