PREMIERE: Glitter get glitchy in new video for "Beyond the Mirror" 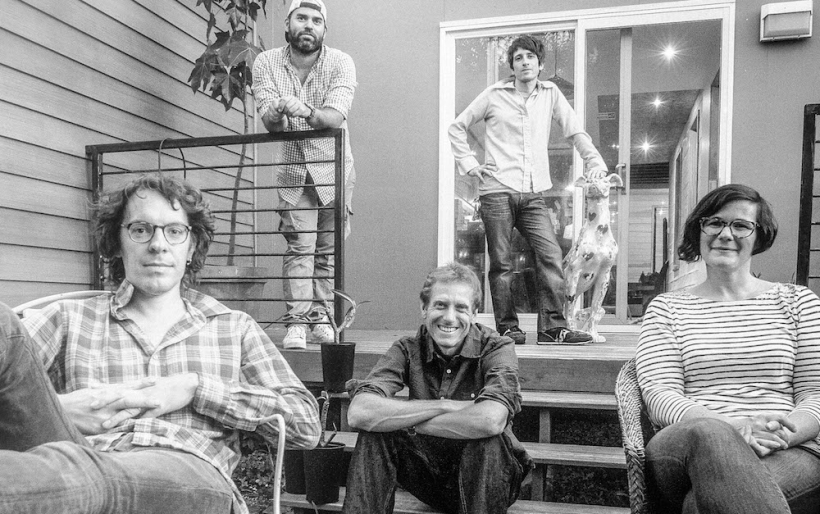 Glitter | photo by Isaac Turner | courtesy of the artist

PREMIERE: Glitter get glitchy in new video for “Beyond the Mirror”

Art rockers Glitter are gearing up to release their sophomore LP Ancient Rome, out via Square of Opposition Records on January 26th. The album comes after a string of EPs and was recorded with Jeff Zeigler. While the band has created a distinct 80s post-punk / synth pop sonic vibe, they have also cultivated a distinct visual aesthetic through a collection of very artful videos, as you’ll see in the premiere of “Beyond the Mirror” below.

The clip for “Beyond the Mirror” was directed by Steven Hammer and catapults right back to the height of VCR culture. The method is the message in this case, with Hammer achieving the home-video look with an almost Rube Goldberg approach to filming. The lyrics are mirrored in the sound, while the sound informs the visuals.  From Hammer:

My approach to this video consisted of building layers of noise, screens, and lenses between the events shot and the final product. I wanted the technologies and their noise-potentials to be central characters in the video to echo the breakage of the mirror in the song. I shot everything with an old toy Barbie video camera, fed the signal into a television, then shot the television screen with yet another camera. In post-production, I added analog noise patterns via a custom instrument made from an old Casio keyboard.

Watch the video below. Glitter play a record release show at Johnny Brenda’s on January 31st; tickets and information for the 21+ show with Crybaby and Long Spells can be found here.

BEYOND THE MIRROR – Glitter from Jayme Guokas on Vimeo.