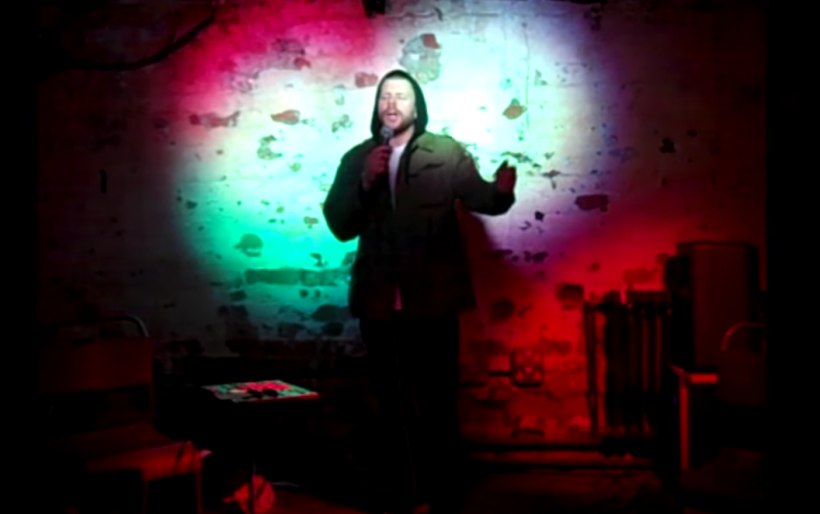 If you’re like me, you’re spending today bunkered in from the Winter Storm Jonas and catching up on music. On that tip, one reliable source of exciting and unusual sounds is experimental Philly-area artist NAH, and compared to past outings, his new “noonewanna” sounds surprisingly poppy and accessible. But maybe that’s because I listened to it directly after every song from every Aphex Twin album played simultaneously.

I caught the track thanks to the good people at Radio Static Philly, who praised the intensity of the video, saying it’s “like you’re waiting for a powder keg to explode only for it never to do so.” There’s a raw and distorted rhythm, searing vocals and a sense of sonic nihilism that reminds me of anything from Skinny Puppy to the early-aughts heyday of Anticon Records.

Check out the claustrophobic video for “noonewanna” below – it’s got a nervy, trapped-in-an-elevator scenario – and grab a free download of January 2016 Cassettehere. After a few hours of attempting to shovel, attempting to walk the snow-covered streets or staring at the sky wondering when the heck the snow is going to stop, this feels cathartically just about right.