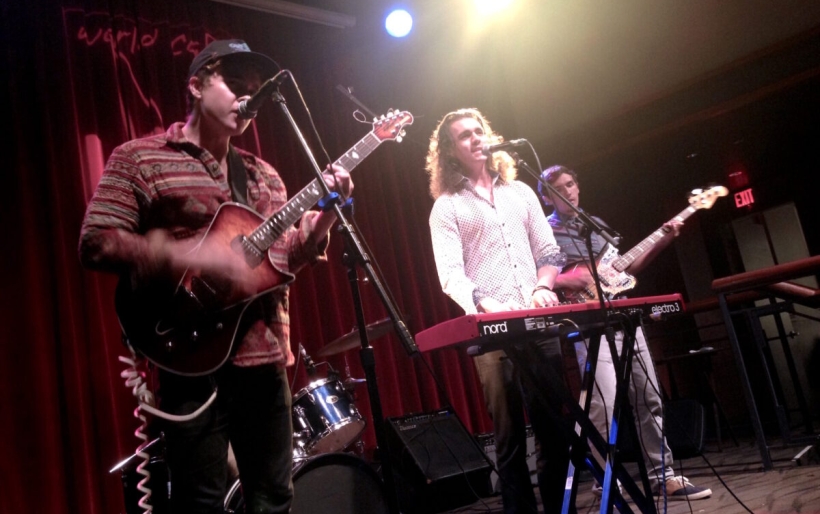 Ceramic Animal share a new song “Against The Wall”

Philly psychedelic outfit Ceramic Animal was among the impressive roundup of finalists in last year’s Beta Hi Fi battle of the bands at World Cafe Live. As I said at the time, their set reminded me of Todd Rundgren and Hall & Oates, Dr. Dog and The Doors, with some Black Keys thrown in to boot, but their recordings were kind of limited – so it was good that they won studio time as part of their prize package.

This month we’re hearing the fruits of that with the release of “Against the Wall,” the first in a string of new singles they’re releasing, leading up to a new LP in April. Check it out below, and catch the band at Triumph in New Hope on February 12th. Tickets and more information can be found here.