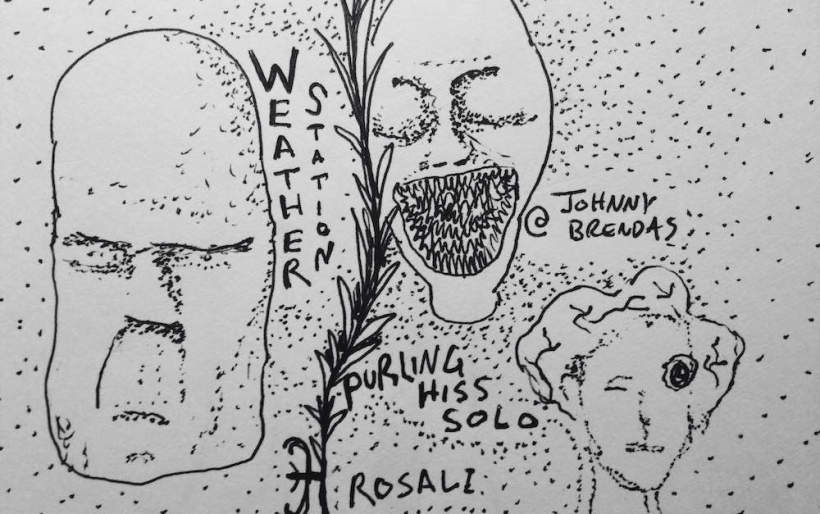 Purling Hiss continues its steady stream of releases with Something, a new EP out February 19th via Famous Class Records. “Fumble Tumble” is on of four songs on the 7″ vinyl pressing and follows up October’s Meandering Noodle cassette.

With its head-nodding, loose tempo and catchy chorus, “Fumble Tumble” is on the more accessible side of the fuzz rock spectrum. Think Weezer or Jeff the Brotherhood traveling over the AM airwaves down the shore; it’s bright, poppy and surfy but still obscured by Polizze’s signature peaked sludge.

Polizze will be playing a solo set at Johnny Brenda’s tomorrow, January 28th to open for The Weather Station; tickets and information can be found here.