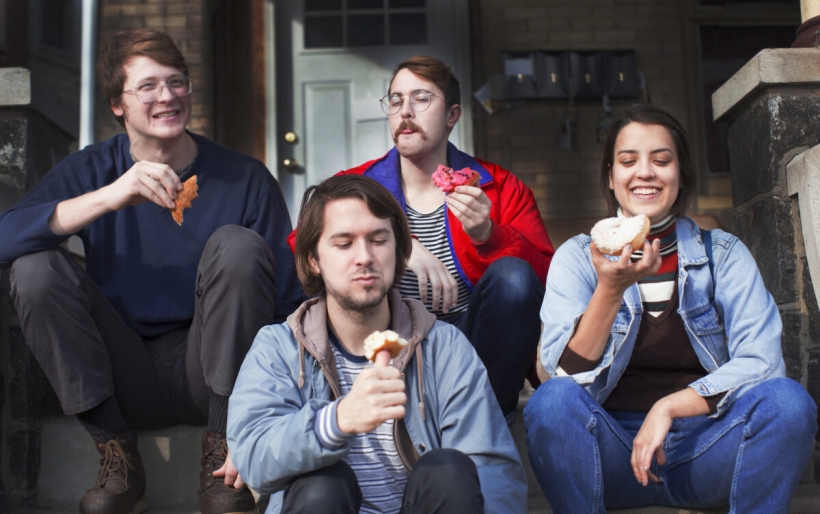 By Julie Miller
February 09, 2016
12:02 PM
Share
Free Cake for Every Creature | Photo by Alyssa Yohana | courtesy of the artist

When a band is called Free Cake for Every Creature, you’d expect the songs to be sweet and poppy. That’s exactly what we get on “For You,” a track taken from the Philadelphia / upstate New York project’s forthcoming Talking Quietly of Anything With You. The record will be out on April 15th through Double Double Whammy, with a release show at Everybody Hits the following night.

Check out the video below and pick up tickets to the release show here. Free Cake also opens for Jeffrey Lewis at Boot & Saddle on March 14th along with Friendship.