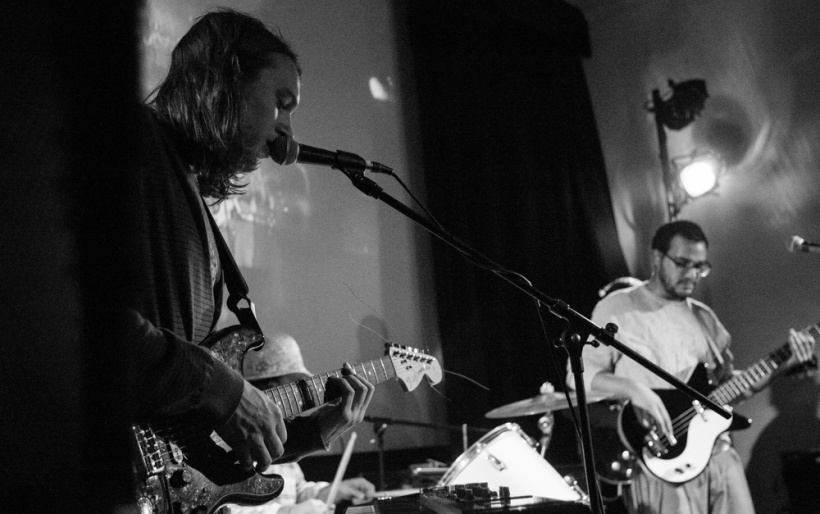 Little Elephant, a recording studio based in Toledo, Ohio, has been bringing in tons of awesome Philly bands recently, from Restorations to Cayetana, for live sessions in their living room. The latest Philly group to be featured in one of their sessions is the great Three Man Cannon.

The Scranton-via-Philadelphia band joins Little Elephant to perform “Patiently” from their recent LP. Pretty Many People. The song begins as a fragile piece of indie-rock with the band members entering one by one. As the keyboards and vocals slowly fade out, the arrangement evolves, building into an intense guitar rager.

Three Man Cannon will be playing at the Oddity Bar tomorrow with Mime School and The Cocks. On Saturday, they will be performing at the sold-out Modern Baseball show at PhilaMOCA.