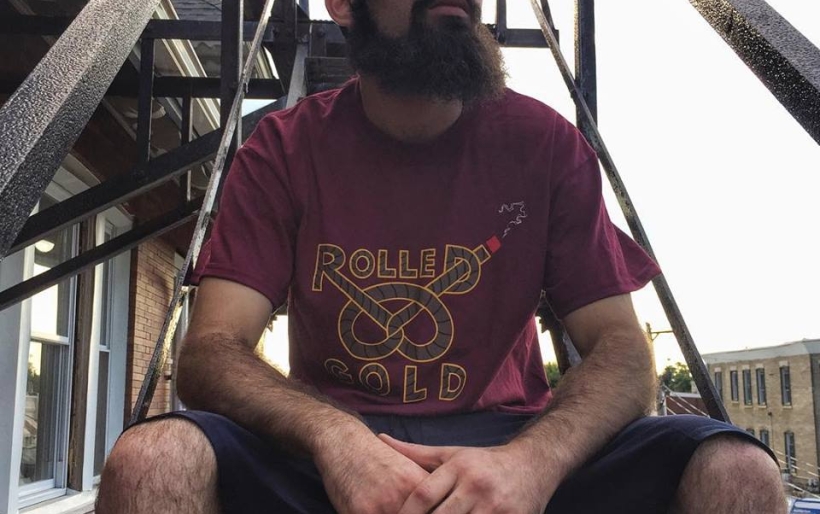 A couple things grabbed me right off the bat on Salty, the debut EP from emerging West Philly hip-hop producer Rolled Gold.

Then there is the choice roundup of MCs he gets to lend their voice to the project – scene faves from Philly, Camden and The Bronx including The Bul Bey, Visto, Ai-Que and more. Rolled Gold tells us he’s known and worked with Uncle Nate the longest, and has been friends with Rhetroic Wallace since they were both in high school.

“It was a very natural, mutual friend based selection,” Rolled Gold (offstage / out-of-the-studio name: Harry Metz) tells us over email. “I always tell the MC’s that i work with, ‘before we do business, let’s have a beer, listen to some records and talk some shit.’ It’s proven to create the best organic chemistry.” Rolled cites the great J Dilla as one of his production influences, as well as the RZA from Wu Tang Clan, DJ Premier and Alchemist. In a sense, hip-hop is his pocket, and he’s remarkably skilled at pushing its boundaries, but he doesn’t see himself as strictly a hip-hop producer.

The next move he plans on making is rounding up a wrecking crew of players to form a soul band. He’s done live performances in the past, opening for Chill Moody, Peedi Crakk, Truck North and more, but those shows were with a band that basically recreated his beats. But, as he tells us, “This time around, me and my cousin are putting together a band that will do less hip-hop, and more soul, jazz and 60s / 70s soundtrack music. I’ve linked up with a handful of soul singers as well to work with this year.”

He says to expect shows from that Stax / Motown-esque group, along with a live performance of Salty, sometime in the not-too-distant future – he reckons it will be a low-key late-night event at Baltimore Ave. etrian restaurant Dahlak Paradise, one of his favorite hangs in the city.

Also on the horizon is Extra Salty, a full LP due by the end of this year (he hopes), along with a trap remix EP and a collection of recordings from the soul project.

Listen to Salty below, grab a name-your-own-price over at Rolled Gold’s Bandcamp page and keep tabs on his goings-on at Facebook. 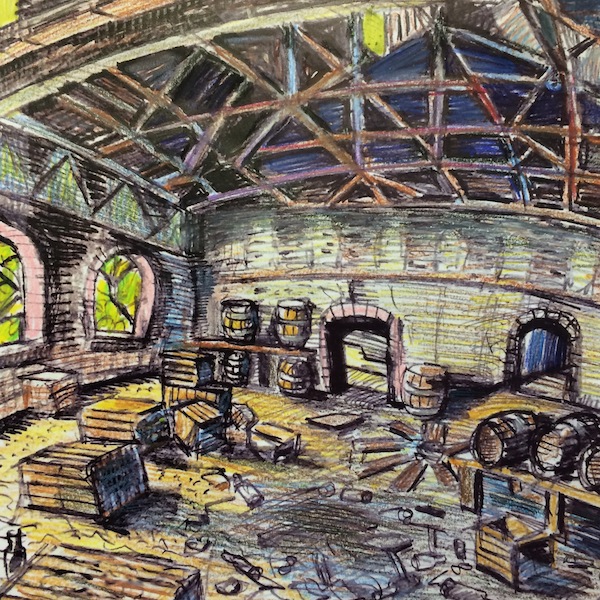