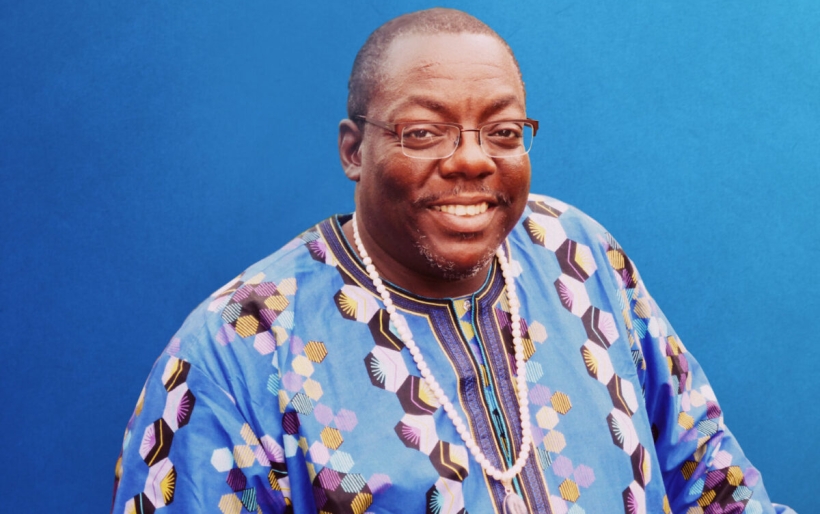 Prior to embarking on his first trip to Africa in June 2014, Cyrus Chestnut was warned repeatedly to be cautious when sampling the local cuisine. “Everyone was telling me to watch the food or you’ll get sick,” the Baltimore-based pianist recalls. “And I did get sick – off of fettucine alfredo.”

The indigenous dishes that Chestnut ended up braving were more agreeable, as it turned out. “I was at the hotel and was invited to eat the national dish of Senegal. I was thinking I’d see something exotic, but it ended up looking like something that my grandmother and my mother prepared for me. It was a bed of rice with a sauce or gravy, a piece of meat and vegetables. I was like, ‘Ok, I’ve seen this before.’”

Chestnut’s dining experiences provide a microcosm of his entire trip, which took him to two cities in Senegal, where he played at the U.S. Embassy in Dakar and at the Saint-Louis Jazz Festival. Based on the warnings he received before visiting the continent, Chestnut could be forgiven for sticking close to his hotel whenever he wasn’t onstage. But being naturally curious and adventurous – and based on previous travels in other tumultuous areas like Honduras and Nicaragua – he opted to interact with the local community rather than take the sheltered tourist route.

“I was told a lot of things about what to expect from Africa,” he recalls. “’You’ve got to watch where you go, things are really different there, you have to be so careful.’ Based on everything that I was told, I would have approached the continent in complete fear. But I made a decision to just to be an open sponge and take everything in as I see it. I was able to make a lot of connections all the way around the culture, the food, everything. It was a really amazing experience for me.”

That single trip has provided ongoing inspiration for Chestnut, who will bring his African Reflections project to Montgomery County Community College on Saturday.

The band features saxophonist Steve Carrington, bassist Eric Wheeler, drummer Neal Smith, and percussionist Kweku Sumbry performing music that melds Chestnut’s background in jazz and gospel music with influences from his experiences in Senegal and his ongoing research into African rhythms and chants.

“I like to play music based on what I see, feel and hear,” Chestnut explains. “On that trip I heard people playing in a very unique way; I heard rhythm in a whole different way. I’m just reacting to what I saw, what I felt, and what I heard, and then bringing it into the camp of where I am now. I’m still relying on the jazz idiom, of course, but there are other elements that will drive it too. It’s my hope that people will be able to feel the journey, imagine the journey, and hear the journey.” He looks forward to recording the music in the near future as well as expanding it with the addition of dance and visual elements, making African Reflections “more than just hearing a couple tunes. I want it to become a major event.”

The veteran pianist is no stranger to sharing his life experience with an audience through music. Chestnut grew up in Baltimore with a father who played organ in church and a mother who led its choir. The influence of the gospel church is never far from Chestnut’s mind and fingers, and colors all of the music that he plays, even as he focuses on influences from straightahead jazz, R&B and rock and roll – including his 2007 Elvis Presley tribute album.

Traditional African music is a new addition to that mix, but in a sense it’s been there all along. “As I do ongoing research, I’m finding the origin of a lot of the traditions that I grew up in church with in Africa,” Chestnut says. “I’m just trying to listen and react, and whatever comes out afterwards I still have to be who I am. My approach is not to be a repertory African. It’s to be Cyrus Chestnut going to Africa, researching this music, reacting to it, and then allowing it to come into the camp along with my influences from Beethoven, Brahms, Bach, Bud Powell, Fats Waller, Miles Davis and Dizzy Gillespie. They’re all working together, and hopefully the result is something that people can enjoy.”