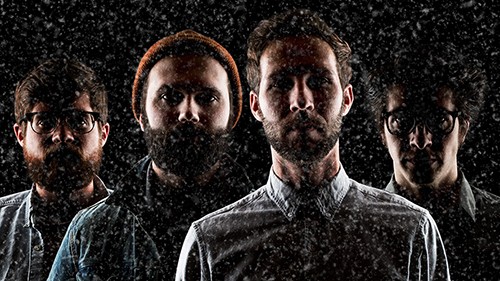 Philly chamber-folkers turned atmospheric-rockers Rosu Lup are longtime faves over here at The Key, and we’re very much looking forward to their debut LP Is Anything Real, due out March 18th.

This week, the band gave the beyond-Philly public their first taste of it with a PureVolume premiere of the song “Halloween Ghost” – one they played for us here at The Key during their October 2015 Key Studio Session – and it’s a soaring anthem about the personas we put on in our day to day life.

As bassist Jonathan Stewart told the folks at PureVolume:

We wanted to capture something that showed how people can wear masks to hid who they really are, while maintaining a lighter tone. I love Halloween, more for the fun and gathering together with friends and family.

Watch the video below, grab a free download of the song as performed during The Key Studio Session and catch Rosu Lup’s album release show at Johnny Brenda’s on March 20th; tickets and more information on the show can be found at the XPN Concert Calendar.