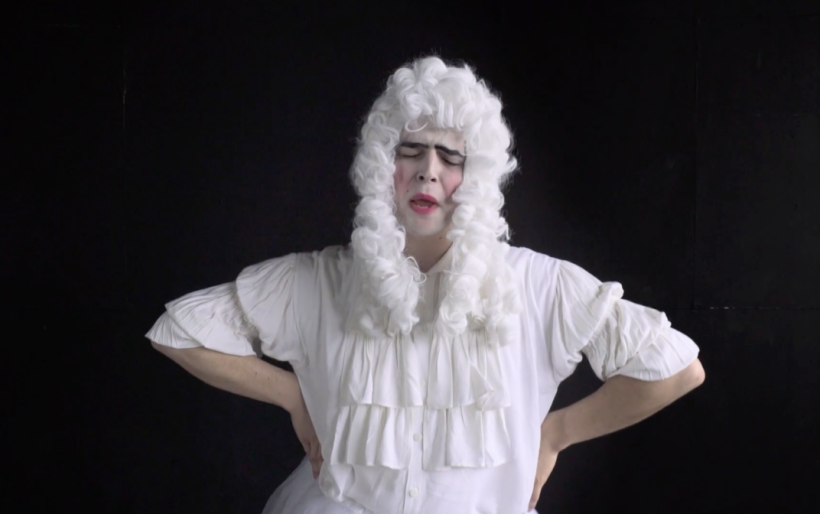 Yo Won’t | still from video

The Massachusetts duo You Won’t, comprised of Josh Arnoudse and Raky Sastri, have released a video for “Ya Ya Ya”, the first single from their upcoming second album, Revolutionaries.

The band’s first album, 2012’s stellar Skeptic Goodbye, was a tightly composed odyssey of unhinged folk songs and love ballads, like the deranged “Three Car Garage” and the immortal “Who Knew.” The first taste from Revolutionaries, “Ya Ya Ya,” combines elements of both, a sensitive stomper with an outrageously catchy yodeling hook.

The duo, who met doing theater in high school, produces all their own music and videos, which gives them the freedom to be as outlandish as they wish. The video for “Ya Ya Ya” shows the band staged in 18th century garb, creating a small play of sorts while toting sleigh bells and rubber chickens.

Revolutionaries by You Won’t is out April 29th. The band will be coming to Philly to play at Boot & Saddle on Sunday, May 22. For more information, check out the XPN Concert Calender.

Watch the video for “Ya Ya Ya” by You Won’t below.

You Won’t // “Ya Ya Ya” from Extraneous Music LLC on Vimeo.