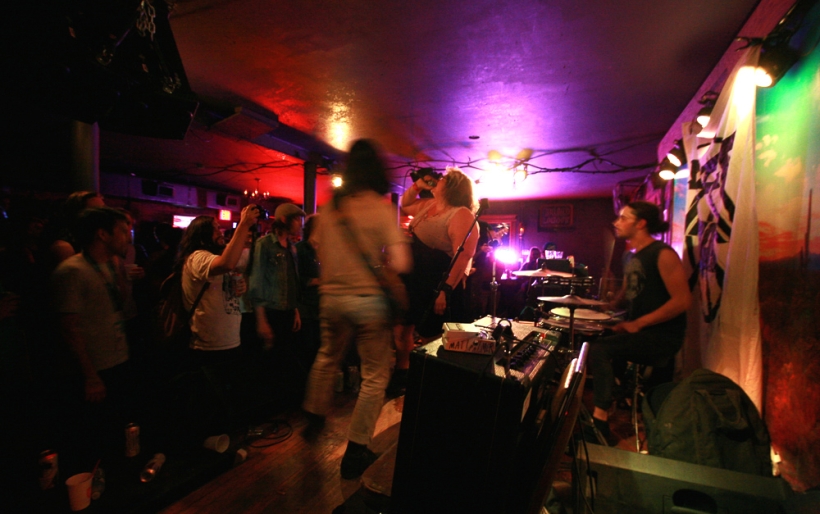 The Philly band’s most recent release was the kickass II. The Mag continues down this path of kickass-ery with four quick and rocking guitar jams. Their first preview of III was the powerful “Can’t Stop Fighting,” which opened the doors with its powerful hooks and dicing rhythms. On III, each track is more gut-busting than the last, delivered in a short yet rock-solid 14 minute knock-out punch.

“Worth The Tears” and “Night Isn’t Bright” bring the crunchy 70’s fuzz that has become the band’s specialty. This is all before “Nobody’s Baby” makes dust out of nostalgia acts such as The Darkness, making them wish they had stuck to their day jobs. The video for “Nobody’s Baby” puts Sheer Mag front and center with a Spinal Tap-like stage behind them, letting their music do the talking.

The band does not currently have any Philly dates coming up, but I’m sure that will change shortly.

Listen to Sheer Mag’s III below and watch the video for “Nobody’s Baby.”